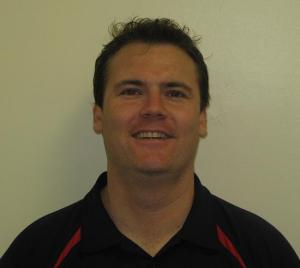 Head Coach of the Brisbane Capitals Dale Ryan has done a hell of a job with the team this year.  His signing with the Capitals at the start of the year was the first piece of the puzzle in what the team is hoping to be a very successful season.  The Capitals peaked in 2002 as State Champions (where Ryan was the Assistant Coach) and have bounced around in the mid to top half of the League ever since.  In Ryan’s first year as Head Coach of the Capitals, he has built a squad of very experienced players and he has carefully and successfully managed the many personalities that this has brought about.

Ryan’s experience in the sport stems back to the late 80’s where he played in Victorian State teams, was involved in the ITC program, along with participation in countless club and rep teams, with a high in 1987 with a 4th place at the Australian Junior Championships.  He then set his sights on the NBL becoming a Development Player for the North Melbourne Giants who collected a Championship in 1994, along with playing in the Victorian State Basketball League for 9 years (1992-2000).

At this point Ryan set his sights on continuing in the sport he loved with a focus on coaching.   Since 2002 he has been involved in a coaching capacity with the U20 QLD State team, Australian Junior Camps (AIS), 3 years as Head Coach of the Northside Wizards in the QBL (03-05), which led to a productive 8 years (03-08) as the Assistant Coach of the NBL Brisbane Bullets who were Champions in 06/07 where he worked under Bullets Coach and now Gold Coast Blaze Head Coach Joey Wright.

Wright believes Ryan is a brilliant young coach on the rise in Australia.  “Dale is an individual you can bounce ideas off and he’s not afraid to give an honest opinion- good or bad” Wright said.  “He carries real skills in thinking outside the box and coming up with different drills to push guys to do things they wouldn’t normally do” he said.  “His scouting and ability to identify tendencies of teams (players and coaches) along with his player development and ability to identify and correct issues are things he does exceptionally well”.  “We’d love to have him introduced at some point in the future with the Blaze and he’d also be a great candidate for any future Brisbane-based NBL team” Wright added.

Ryan has led the Capitals to their current 4th place on the QBL ladder and in a promising position to host a Quarter Final.  He has done so with a team made up of no imports, where the average age of players is in the late 20’s and despite facing a relentless playing schedule this year he’s managed to keep the team afloat, injury-free and motivated.  Dale Ryan is named as the QBL Coach of the Month.