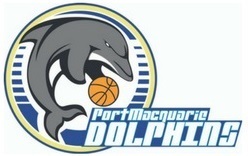 We are excited to announce nominations for our Summer 2022 Competition for terms 1 and 2 is now open.

Significantly , due to excellent and continued growth we have expanded to a 4th night of Competition. This season, these nights are:

Individual and team registrations are open for all juniors and seniors.

Under 14 Boys, 16 Boys and 18 Boys and 18 Girls and all Senior Teamsare all open to Team Nominations through the following links or via our Website.

ALL Under 10, 12s and ALL Junior Girls  as well as any player unable to find a teamin any of the other divisions are to nominate as individuals to be organised into a team.

What you need to know.

When are the games played?

It depends on how many teams register but as a guide:

How much does the 15-week season cost?

What age group should my child register for?

I don't have a team, but I want to play. What should I do?

Just fill out the individual rego form. You'll then be placed in a team that is either looking for players or formed from individual nominations. PMBA will contact you with the next steps.

How many players are on a team?

U14/16/18 Boys Div 1 teams must nominate/have 7 financial members to be eligible, with Div 2 teams nominating a minimum of 6. These allow for additional players to be added, ideally to 7/8.

All senior teams must have 7 financial players by the first game of the season.