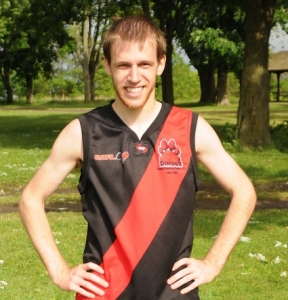 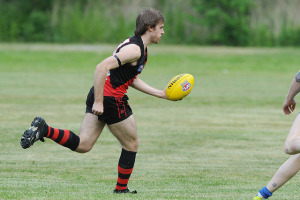 During his first season as a Dingo in 2012, Denis became one of the most reliable players on the half-back flank. He is a reliable tagger, goes hard at the footy, and is always eager to contribute to the team. He capped off a great first season by winning the Best Rookie award as well as the Most Improved Player award.

During the 2015 season, Denis hit the 50 game milestone for the Dingos and was honoured for this achievement at Awards Night.  Denis thrived during the season, becoming one of the veteran Canadians leading the club.  A sad loss for the club as Denis moved back to his hometown of Moncton following the season, but the Dingos hope to have him out for a kick whenever he swings by Toronto!

1. The sheer amount of playtime I get for playing both divisions

3. I've been told I look exactly like Spandy Andy