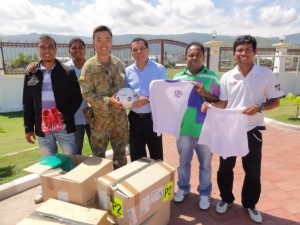 Captain Andrew LAM deployed to East Timor in September 2011 as part of the Australian led International Stabilisation Force (ISF). The ISF consisted of Army, Navy and Air Force personnel from Australia and New Zealand. The ISF operated at the invitation of the Government of East Timor, and in support of the United Nations (UN), to maintain stability and provide a secure environment for the ongoing development of East Timor.

The ISF at the time Andrew was in East Timor comprised around 460 personnel, 390 personnel of which are from the ADF. Andrew was the Financial Advisor to the Australian contingent and his duties included financial advice to the Commander, the day-to-day financial running of the Australian operation and the payment of the Australian troops in East Timor. When time allowed he was also involved in the managing of the combined ANZAC ISF football team which played local Timorese police and defence force sides and the UN forces. Prior to departing for East Timor, Andrew was involved with the Bankstown Sports Strikers FC through his partner's son's junior football side. A conversation with coach Michel Jungo about a previous deployment Andrew had been to in the Solomon Islands about the way football broke down barriers led coach Michel to organise a collection of junior sports gear for Andrew to take overseas.

"I only expected to bring a couple of balls and some shirts, so you can imagine my surprise when Michel presented me with four large boxes of football gear, enough to cloth and equip four teams of juniors. Luckily I had mates in the logistics branch and was able to get all the gear over to Timor. The operations that we conducted were predominantly revolved around engaging the local community and the best way to engage the Timorese was via a game of football, so some of the equipment that the Strikers FC donated we were able to utilise by giving to kids and communities who had little to nothing at all. The bulk of the donated equipment was given however to the Football Federation of East Timor who were starting their own junior competition." - Captain Andrew LAM

Andrew returned to Australia in mid 2012 and presented as a gift to the Bankstown Sports Strikers FC an East Timorese flag signed by the then President of East Timor, the Nobel Peace prize winner Jose Ramos Horta. The ISF concluded their mission in East Timor in early 2013.

Here is a video interview with Andrew Lam mentioning our Club. 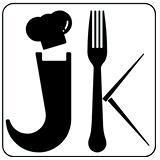