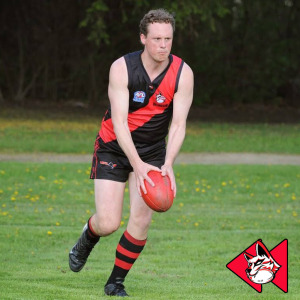 On June 15, 2008, the Toronto Dingos headed out to the Humber North Field to battle the High Park Demons in a round 5 clash. The Dingos opened the season with a 2-2 record. Following a loss to the Etobicoke Kangaroos the week prior, the Dingos were eager to get back in the win column.

The match was a historic occasion for club legend Dave Wells as he took to the pitch for his 50th game. For reaching this milestone, Wells was given the captaincy for the match with the Demons. Wells got off to a great start on the day as he won the coin toss and elected to kick toward the gazebos. The first job of the day was a success.

Wells was thrust into a matchup with Northwind star Dale Simnett in the ruck. Wells and the other on-ballers quickly demonstrated that they were more than capable of handling the matchup. Their work allowed the Dingos to press the attack early and open up a lead at the end of the first quarter. The lead was tainted slightly as the Dingos found themselves in penalty trouble. The message after the quarter was clear; the discipline would need to be cleaned up moving forward.

The Demons began to add extra men to their backline which left the Dingos’ wingers wide open. The wingers were able to run freely and carry the ball down field. When they got pressured, the wingers could kick long to Chris Buczkowski and Craig Stewart in the forward line. The Dingos and Demons traded goals during the quarter. Eventually, Wells was shifted into the forward line where he was standing with no Demons defenders to found. Mike Butcher sent a perfect pass to the wide-open Wells for an easy mark. Wells nailed the kick and now had a goal to mark his milestone 50th game. Wells’ tally helped the Dingos take a 3-goal lead into halftime.

The Dingos had some injury problems and knew they would have no bench available heading into the second half. Despite that, the Dingos came out flying to start the second half. Right off the centre bounce, Johnny Idnurm scooped a loose ball and kicked his first goal as a Dingo. The Dingos’ wingers continued to be left unguarded and Stewart began racking up the goals. Ultimately, Stewart would end the day with 6 of the Dingos 10 goals.

The Demons’ bench was running low too, and the pace of the 4th quarter tampered off. However, Charlie Forrest was able to sneak behind the Demons defensive line and grab a mark in the goal square. Forrest joined Idnurm in kicking his first Dingo goal as the milestones began to plie up on the day! At this point the Dingo backline led by Mike Karas began to take over. They stifled everything the Demons could throw at them securing a victory for the Dingos! The final score was 10.07 (67)-04.04 (28) with the Dingos goals coming from Stewart (6), Wells, Idnurm, Forrest, and Buczkowski.

The win helped mark the occasion of Dave Wells’ 50th game! Wells would finish his career with 146 game played, the 7th most all-time for the Dingos! Wells marked the occasion of his 50th game with one of his 35 total goals throughout his illustrious time in the Red and Black.