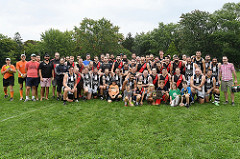 It was a match Shawy would have loved.

Hard-hitting.
A grinder.
Rain pelting down, turning the match into an ugly, sloppy contest.
With a slippery footy, players with calm, easy skills dominated.  Players like Shawy was.
On the half-back flank, he would have been a rock.  Steady.  He would have rebounded the footy and pumped it long all day.
He was missed.
And he will continue to be missed.
This past Saturday, the Toronto Dingos gathered to remember their friend and teammate, Tim Shaw, and to play the first annual Memorial Cup in his honour.  Under heavy rains, the Dingos clashed with the Toronto Rebels in a tough affair, ultimately falling to the Rebels as both teams eye Finals.
Before the first bounce, Dingos club president Everett 'Spider' Wells spoke to both clubs about the impact Shawy had on and off the field.  Joining in the ceremony were Shawy's family, along with many former Dingos, including Stu Wallis, Peter Gordon, Paul Tinkler, Tim Simpson, and Yoni Moussadji.
After the speech, the Dingos got down to business, looking to secure a Finals spot with a win.  It was the Rebels, however, that jumped all over the Dingos in the first half.  Taking advantage of quick rebound play to find the open space, the Rebels were able to use their skill in the wet to outscore the Red & Black 9 goals to 1 by the halftime break.  Despite strong efforts by Michael Ladd in the middle and Justin Powick in the half-back line, the Dingos simply could not match the Rebels' run. 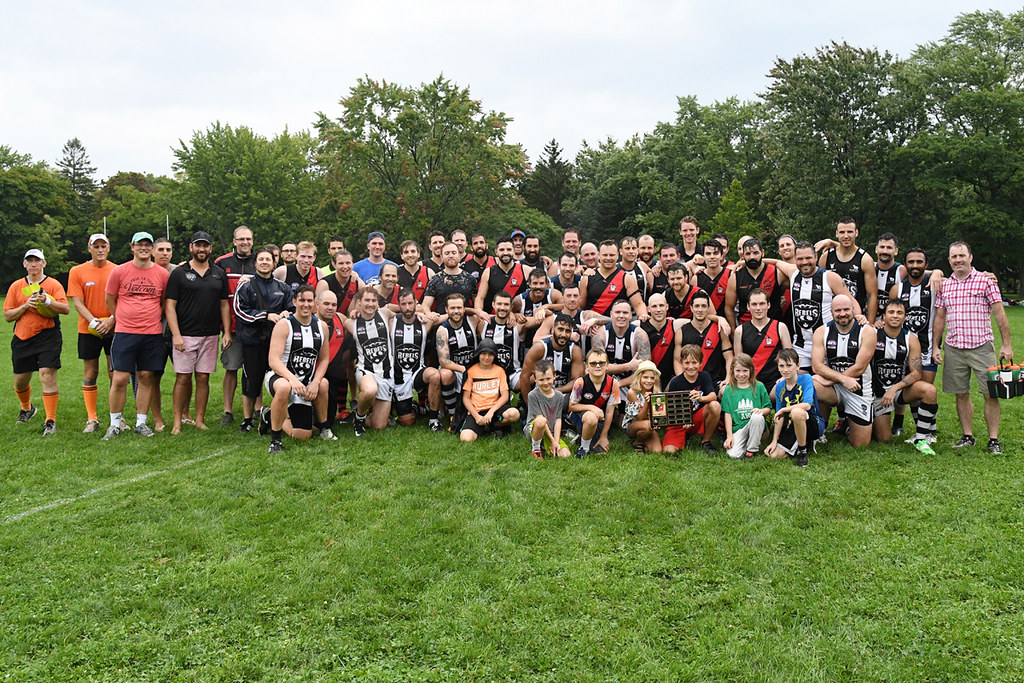 The second half was much stronger for the Dingos, with long stretches of sustained pressure on the Rebels' backline.  Major scores were tough to find, however, and the Rebels rebounded the ball out quickly to set up their own scoring chances.  Strong work by Stephen "Donno" Donnelly gave the Dingos a chance, consistently feeding Rob "Noddy" McNaughton up front.  Joining Noddy in the forward line was longtime Dingo, Anthony 'Red Card' O'Brien, who was playing in his first game since 2014.  The rust showed, however, as OB dropped an easy chest mark up front in the 4th quarter and didn't receive a single red card.  Welcome back, OB!
Ultimately, despite holding the Rebels to only a single point in the 4th quarter, the Dingos were unable to close the gap, falling 12.6.78 to 2.7.19.  BOG went to Rebel Dylan Swann, who will have his name engraved on the Tim Shaw Memorial Cup perpetual plaque.  BOG for the Dingos went to Donno for his hard run all day.
The Dingos will lick their wounds and use the long weekend to recover before their final match of the regular season against the High Park Demons on September 8th.  A strong win will see the Red & Black through to the Finals after a qucik detour to Spider Island. C'arn the Dingos!