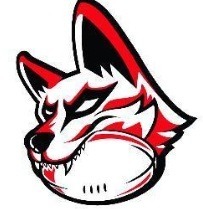 It’s going to be a busy few weeks coming up for last year’s premiers.

So far Div.2 have played only four matches in 2014. The Rebels are undefeated on five wins from five matches. The Blues have managed to play seven matches somehow with a 4-3 record, leaving Div.2 currently in third place.

Div.2 has two make-up rounds (back to back nights) coming up and a R12 match before finals.

Please make sure you are available for these remaining matches. And make note of the back to back matches on Thursday August 14 + Friday August 15 at Humber South.