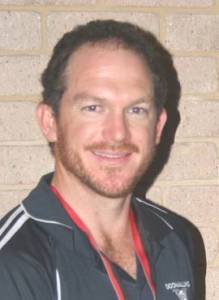 The Willetton Football Club has great pleasure in announcing the following coaching appointments for the 2015 WAAFL season.

Kyle Martin brings a wealth of experience to the senior coaching position with the Blues, having played at almost every level of the game in WA.  Kyle played 15 WAFL games with East Perth between 2005 and 2006, before moving to Queensland to play another 20 senior games with QAFL side Labrador in 2007.  He returned to Perth to play country football, winning a premiership with Waroona in the Peel FL in 2008.

Kyle then began his involvement in amateur football, joining Scarborough in 2009, where he helped the Eagles to a C1 premiership in 2011 in his second year as a playing assistant coach, while winning their Best & Fairest in 2010.  He left Scarborough at the end of the 2013 season to return to country footy, joining Goomalling in the Mortlock FL for the 2014 season.  His one year with Goomalling was a highly successful one, winning the Boekeman Medal as the MFL's Fairest & Best, as well as taking out his club's B&F.  Kyle is married to Olivia with one child (and another on the way) and works as a carpenet for Dale Alcock Homes.

Kyle takes the reins from Justin Galvin, who steps down as Senior Coach having led the club for 8 seasons in 3 stints over a 12 year stretch, guiding the club to the 2007 C Grade flag.

"Walks" is a long standing and highly respected figure within the club, having played 232 games across all 4 grades for the Blues since 1999, having been made a life member in 2008.  Jason was a member of the club's 2000 League premiership squad, and has led the club's E Grade side admirably over the last 3 years, taking the Thirds to a Preliminary Final in 2014.  Jason has also been a long standing member of the club's committee, having served in a variety of roles over several seasons.

Jason takes over the Reserves job from Kane Lombardo, who is unable to commit to coaching in 2015 due to work committments.

Club legend Paul Kujawski has returned home in 2015, taking on the important role of leading the club's future stars.  Paul began his career with the Blues as a Colts player in 1984, and was the captain of the club's 1985 Colts premiership team, the same season that he won the Colts Fairest & Best awards for both the club and the Sunday Football League.  He made his league debut in 1986, going on to play more than 150 League games before retiring as a player at the end of the 1997 season.

Paul was named League captain in 1993, a position he held for 4 of the next 5 seasons, winning the club's League Fairest & Best in 1995 and being awarded life membership in 1996.

Following the end of his playing days, Paul soon turned to coaching, taking charge of the Blues upon their admission to the WAAFL in 1999, leading the club to its first 2 League flags in his only 2 years in charge of the club he loves.  Paul then spent the next 14 years coaching at various levels, including stints coaching South Fremantle's "Warriors" development squads and spending the last 2 years as an Colts Assistant Coach at A Grade powerhouse Fremantle CBC.

Paul takes over as Colts coach from Jim Walters, who is unable to coach in 2015 due to travel committments.

The club wishes to sincerely thank Justin, Kane and Jim for their efforts during the 2014 season and hope to see them at the club soon.

With Jason Walker's appointment as Reserves Coach, the club is now on the look out for a coach for its highly successful Thirds side.  Anybody who may be interested in taking charge of the Thirds in 2015 is strongly encouraged to contact our President, Damian Chandler.

What would you like to see available at the club for dinner on Thursday nights after training?