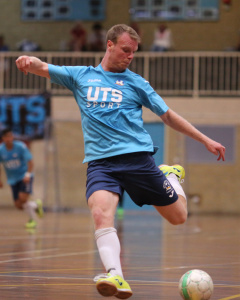 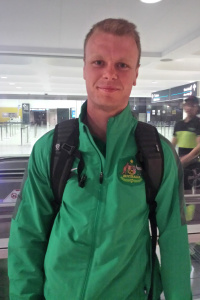 UTS Northside Futsal Club’s own Grant Lynch (Player & Coach) has been selected for the Australian Futsalroos to compete along with fifteen other nations in the 2016 AFC Futsal Championship being held in Uzbekistan between 11th – 21st February 2016, to see if they can earn a top five spot and the opportunity to progress to the 2016 Futsal World Cup being held in Columbia later this year. The Futsalroos have been seeded 5 for this final stage of qualification, with their first challenge being to progress from their Group D (Japan, Australia, Malaysia & Qatar) and with only the 1st & 2nd placed  teams from each group progressing to the quarter finals, the lads need to be at the top of their game to succeed.

When asked about his selection, Grant said - “This really is a fantastic opportunity for me and recognition for all the hard work I have put in. I have to say a big thanks for all the support provided by my club, UTS Northside and my first Futsal Coach, Shane Watson for getting me involved in this great sport. Hopefully we can do well in Uzbekistan and earn that top five spot. I am proud to be part of the squad and to represent my country… can’t wait to put on the green & gold”

To follow the Futsalroos progress in Uzbekistan check out http://www.the-afc.com/competition/afc-futsal-championship