Yeoman travelled to Yolla on the weekend, playing the Demons on the annual Jesse Frankcombe Memorial Day.

Senior Grade charged out of the blocks with an amazing 9 goals straight in the first term and from there on were never challenged in a thumping 116 point win.

Reserve Grade were in a tight contest in the first half, before drawing away in the second to record a reasonably comfortable 4 goal win. 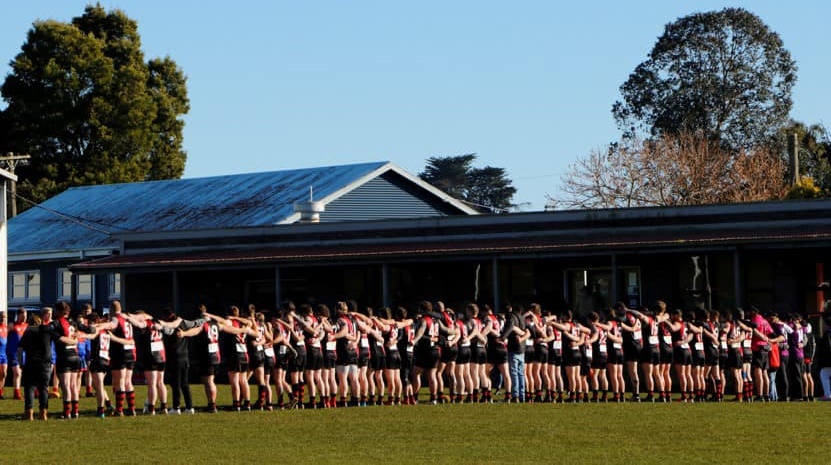 The Yeoman and Yolla players line up in honour and remembrance of the late Jesse Frankcombe.