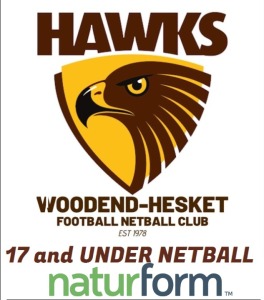 The 17’s team continued their winning form, with a big win against Riddell’s Creek 44-13.  With Gemma and Mikayla unavailable, the girls welcomed Jess Martin from the 15’s team onto the bench once again.

The Hawks started well across the court in the first but struggled to convert scoring opportunities and capitalise on the scoreboard as well as they could have early, scoring only six goals from 12 attempts at the first break. The big positive early was the intensity in their full court defence keeping Riddell to only one goal.

Alice MacDonald-Myers was instrumental with pressure in the defensive end and driving the ball down the court and Kate Bartlett was powerful under the ring with strong rebounds.

The team built as the game wore on, increasing their intensity and scoreboard pressure quarter-by-quarter scoring over 10 goals in both the second and third quarters. Jess came off the bench for the third quarter and held her own, doing a great job of shutting down the Riddell wing attack.

This team has great versatility with five very handy shooters that can also play anywhere else on the court with ease. This gives us plenty of options and will stand the team in good stead come finals time.

Well done girls on your full court united efforts, we are now 10 points clear on top of the ladder.  Go Hawks!