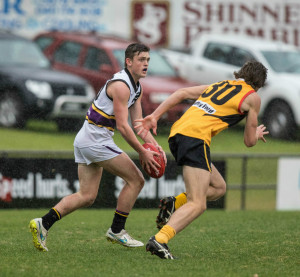 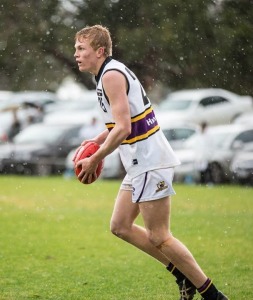 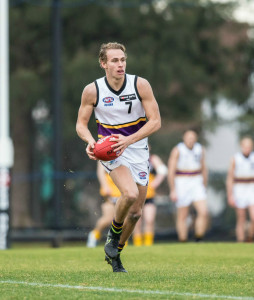 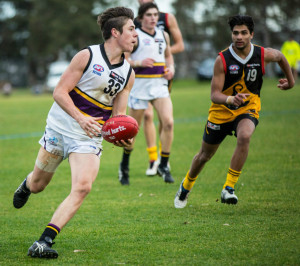 The Murray Bushrangers have been defeated by 31 points at Shepley Oval in Dandenong; In the 2 v 3 clashes against the Dandenong Stingrays, the Murray team were left to rue a lacklustre first half when they failed to kick a goal. While the Bushrangers displayed great fight in the second half the damage was done with the Bushrangers place in the TAC CUP top 4 in jeopardy.

The Bushrangers lacked intensity from the first bounce and struggled in the slippery conditions with the Stingrays capitalising on ball handling errors to have nine first quarter shots at goal. Defender Ryan Garthwaite was a standout in defence under a mountain of pressure; while midfielders Jake Marshall and Will Brodie battled hard in tough conditions.

The second term saw the Stingrays continue their momentum, and they again kicked 3 goals from nine shots on goal. The Bushrangers peppered the goals with Trent McMullan kicking consecutive behinds in quick time. The margin at the main break was 43 points with the Bushrangers failing to register a goal in the half.

The third term was about restoring respect for the Bushrangers and they matched the Stingrays with both teams kicking four goals. Key forward Josh Schache kicked the opening goal from 40 metre out and then Dylan McDonald kicked two goals within a minute in a dominant period for the Bushrangers. Defender Louis Pinnuck was great in his attack on the football and won a number of contested possessions and cleared the Stingray defence. As much as the Bushrangers wound in the lead, the Stingrays kicked quick goals in time on and extended their lead at the final break to 45 points.

The final term belonged to the Bushrangers as they kicked goals through Sproule, Lachlan Tiziani and Jake Marshall. James Cousins found plenty of possessions along with Marshall; while Garthwaite and Brodie cleared the defence effectively. Josh Schache worked hard up and down the ground and neutralised the ruck to allow the midfielders to win possessions.

However, despite winning the final term, the Bushrangers were still five goals down at the final siren; losing by 31 points and now head into this weekend’s bye, before a must win clash against Gippsland Power at Wangaratta on the 25th July.