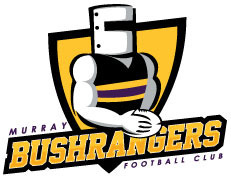 Talent Manager Lee Fraser said that there was a real excitement around the group. “It has been a long pre-season for the players and they are all ready to commence playing games, the attitude and work ethic of the entire squad has been a real highlight so far”.

“Under the guidance of our high performance manager Matt Glossop and his staff we have increased the pre-season program significantly this summer; there have been a series of fitness tests with each player benchmarked against other TAC CUP players”

“This has been the first significant pre-season campaign for large portion of the squad and they have acquitted themselves brilliantly, especially considering the amount of travel required to complete the program’

The clubs coaching staff have been impressed with the improvement across the squad over recent weeks with a number of game sense and competitive drills being introduced to the training program.

TAC CUP Coach Darren Ogier said they are ready for what promises to be a great introduction to TAC CUP standard for a number of the players. “The players have all worked hard with continual improvement required each and every session; the boys will see an increase in tempo on Sunday when they take on the Calder Cannons’.

Following Sunday’s game the entire squad will participate in an intra-club practice match at Yarrawonga Football Ground on Sunday 15 February.

The Clubs under 16 Squads will play an intra-club trial game on Monday 9th February at the Yarrawonga Football Ground, the game will commence at 6.30pm.