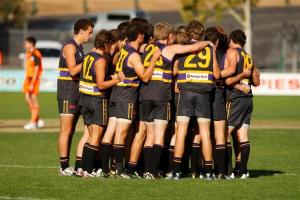 The Club is pleased to confirm that 10 players will be participating in a Victorian Country Trial game this Friday (Good Friday) at Visy Park in Carlton.

Following good early season form and strong performances over recent seasons the following players have been included in the preliminary Victorian Country Under 18 squad.