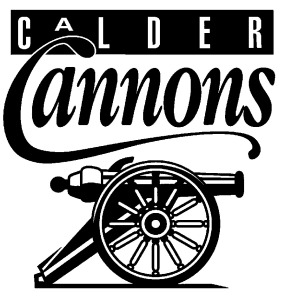 Shane will replace Meg McArthur in the role as she moves to AFL Victoria as Community Football Operations Coordinator.

Meg has been the heartbeat of Calder for the past 11 years, starting out as a masseuse before graduating to Football Operations Assistant, and then becoming Football Manager.

She is a life member of the club and is the only fulltime employee in Calder’s history to be recognised with the Best Club Person Award.

Calder talent manager Ian Kyte praised Meg’s impact over more than a decade with the Cannons.

“She’s been predominantly the first point of contact when people call or drop into the club, which I think is extremely important,” Kyte said.

“It’s the first opinion they get of the place, that it is efficiently run and well managed.”

Kyte praised Meg’s dedication to the role, adding she had helped advance Calder and enhance the club’s reputation in the TAC Cup and Victorian football.

“It enabled me to go along other lines of sponsorship and marketing where we’re able to attract Rams and attract other sponsors to make the program more attractive and beneficial to boys that go with it.”

As humble as she has been committed to the club, Calder would like to thank Meg for her outstanding contribution over the past 11 years and wish her well in her new role with AFL Victoria.

Kyte said Shane’s enthusiasm and willingness to learn would endear him to Calder’s players and families.

“His desire to want to learn and know what is going on and be involved in things, I think is going to stand him in good stead to quickly earn the respect of people here,” he said.