TAC Cup Team of the Year for Rayner & Fogarty 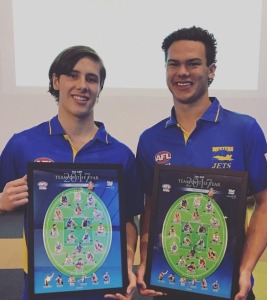 This achievement for both players adds to a long list for 2017 where both players have been members of the AFL Academy, Vic Metro winning National Championship side and both players were named in the 2017 AFL U/18 All Australian side.

Congratulations to both boys on this honour!