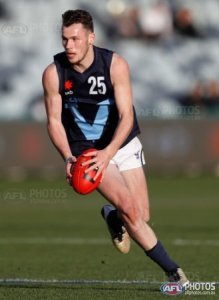 The Western Jets have had six players invited to the National and State Combine's.

Oscar Junker, Daniel Venables and Judah Dundon have been invited to the AFL National Combine in October. The boys will test against the best players from across the Country in front of all of the AFL Club's in a bid to impress ahead of the AFL National Draft in November.

Not missing out on Combine selection were Jets trio Brodie Romensky, Brock McGregor and Harrison Bult who were all selected for the State Combine in what is also a great achievement. A number of AFL players have tested at this combine in the past and these three players will also be looking to make it on to an AFL list in 2017.

Pictured left is Daniel Venables who caps off a tremendous season with his AFL National Combine Selection to add to his Vic Metro selection and All Australian selection.

Well done to all six of the boys and best of luck!