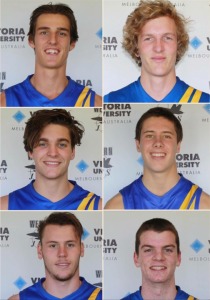 Today, Vic Metro announced a 38 player Squad who will compete against Vic Country, South Australia, Western Australia and the Allies in Division 1 of the Nationals.

We look forward to watching the six Western Jets players compete in the Big V.