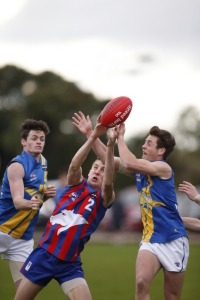 The Nathan Prince Scholarship is in memory of former Western Jets player Nathan Prince. Nathan died tragically following a football match at Bacchus Marsh. The scholarship is awarded to a player who has shown promise and has a keen interest in persuing further education after VCE.

Liam has been a regular member of the Western Jets through the talented player pathway and last year played as a bottom age player in the TAC Cup competition.

We wish Liam all the very best with his studies at Victoria University and also during the 2014 TAC Cup season.