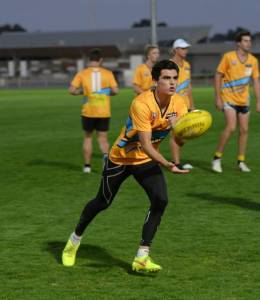 BENDIGO Pioneers and Sandhurst midfielder Tom Cole finished inside the top 10 in the shuttle run beep test at the AFL Draft Combine.

Schoenfeld also took out the 3km time-trial with a new record time of nine minutes, 15 seconds.

Cole and Pioneers clubmate Aidyn Johnson from Echuca were selected for the AFL national draft combine.