Tough task for Pioneers in season-opener 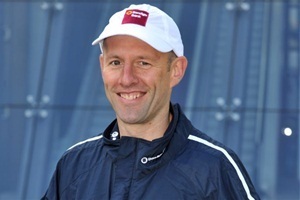 Tough task for Pioneers in season-opener

TRAVIS KING
It’s been little more than five months since the appointment of the Bendigo Pioneers’ full-time coach David Newett and the TAC Cup team will be looking to begin a new era when they take on the Geelong Falcons in Ballarat today.

The Bendigo Bank-backed Pioneers have struggled on the field in recent years and while the club hopes to start its 2012 campaign with a win, Newett is more concerned with his team giving its full effort for four quarters.

The Pioneers have had a full squad to pick from – apart from captain Oliver Wines and one of his deputies Jake Stringer who are in Europe with an AIS training camp – and Newett said the team was ready to go after a tough preseason.

“The boys are really excited, coming off the back end of the camp (in Swan Hill last weekend), that was the final part of the jigsaw puzzle in terms of the pre-season getting nailed together,” he said.

“A few of the boys have said it’s the most excited they’ve been to play a game of footy, which is great.”

The Falcons are a traditionally strong TAC Cup team and they beat the Pioneers by 105 points the last time the teams met.

“They’re always a very strong, competitive outfit. We’ve got a bit of an idea of what their game plan is,” Newett said.

“From our point of view, we’re really going in with a strong focus of controlling what we can control and getting outcomes from our process.”

Teams can have six players on the bench for the opening two rounds of the TAC Cup, meaning the Pioneers will take two emergencies from its eight-player bench for today’s match at Eureka Stadium from 1.30pm.

“It would’ve been nice to have opened up in Bendigo, but we’re over in Ballarat,’’ Newett said.

“The boys have just got to face the challenge wherever we play and we’ll get used to travelling because it’s a big part of the program anyway.”