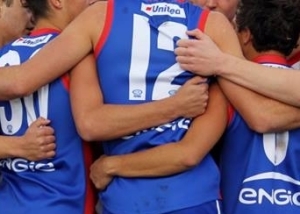 After an exhaustive selection process, the 2017 Engie Gippsland Power TAC Cup Squad has been finalised.

Over 150 invitations to try out for the team were issued in October, with players following a detailed preseason program over the summer that included regular training sessions, intra club matches and practice matches against other TAC Cup teams.

Power Head Coach Leigh Brown, his assistant coaches and Talent Manager Peter Francis had the unenviable task of whittling down this number to the final squad of 40 players.

Midfielder Will Leslie, ruckman Julian Patterson and forward Sean Masterson will all have another opportunity to further their development and impress recruiters.

Former Gippsland Power and now Sydney Swans player Tom Papley has shown that the additional year of development can pay off. Papley was rookied by the Swans after playing a third season at Power as a 19 year old. He made it on to the Swans senior list and became a key member of the team, playing 20 games in his first year.

In 2017 Power will have an abundance of height with 14 players on the list standing over 190cm tall.

Bairnsdale has the most representatives with seven players, followed by Moe, Sale and Leongatha with four.

After finishing the season strongly in 2016, Coach Leigh Brown is excited for the year ahead.

“We feel that the experience that this year’s top aged group got from playing games last year will benefit the whole group.

“We are pleased to have Will, Sean and Julian back as 19 year olds as they all have exciting characteristics both on and off the field” Brown said.

The squad will participate in a camp at Rawson this weekend which will focus on a number of areas such as the team ethos, leadership, and detailed game plans.

With his squad made up of players from every corner of Gippsland, Brown knows just how crucial to the season this camp will be.