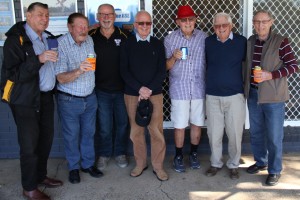 The Surviving players of the 1961 PREMIERSHIP TEAM are celebrating the 60th Anniversary of their PREMIERSHIP VICTORY and are inviting All Past Players & Supporters of the Mighty Mayne TIGERS Of Old Perry Park to join with them at the BREAKFAST CREEK Hotel on TUESDAY 21st September (next Tuesday) from 10:00am till late.

Please spread the Invitation to those who would be able to attend and enjoy each other's company for several hours. Cheers and see you on Tuesday.