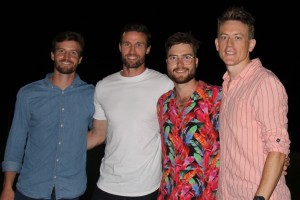 The Tigers announced their leadership group for their Hart Sport QFA Division 1 team for 2021.

Jack Collings extends his reign as Club Captain to five consecutive seasons and he will be joined by his cousin Caleb Brown as Co-Captain. Brown served as Club Captain from 2012 to 2016 which included the triple premiership period of 2014 to 2016. He returned last year to extend his prestigious career and will hopefully reach the 200 game milestone early in the year.

The talented cousins have also achieved numerous Keith Beavis Awards between them with Brown holding two Club Champion Awards from 2006 and 2008 while Collings has had a vice like grip on the Award since 2017 for a club equalling record with Andrew Housego and Carl Herbert of four wins.

The Third Grade will be led by the very experienced hands of Tony Stevens with Chris Azzopardi and Murray Laing as his Vice Captains.

The inaugural Women’s team will be led by Paige Weddell with Emily Bowden and Brooke Restall as Vice Captains.