The Roadmap to 2021 starts now 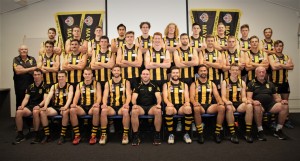 There is little respite in 2020 as the Tigers set their sights on the year ahead. The interruptions to the year and the late finish to the competition means that there is no time to sit on hands to reflect even though it has been another very successful year.

The fact that the year was successful generates momentum and continued optimism for the new year ahead for our great club, but it has to be capitalised upon by all involved.

While the country is far from being out of the woods for the threat of COVID and all its implications, the football community has created a platform for its management such that we can look towards 2021 with some confidence.

During the course of the year the NEAFL competition was suspended and ultimately has met its demise with a new, larger competition taking its place. The expanded East Coast VFL Competition, yet to be formally named has emerged with Aspley and Southport being part of the 22 team lineup. This change will have implications for the QAFL and our Division 1 competitions. Redlands will be looking to position themselves in the QAFL while Noosa seek promotion on the back of their continued strong performances and position on the Sunshine Coast.

Kenmore and Victoria Point were positioned for promotion to 1st Division in 2021 and while the Bears will likely move up, the Sharks are expected to create one new club with the Redland Bombers in the QAFL.

News from the Sunshine Coast is that Caloundra will return to Division 1 after sitting out 2020 with some new facilities including new lights and a refurbished deck in exciting news for the competition and footy fans on the coast.

This all looks to Division 1 being an eight team competition once again with a tight group of competitive clubs to fight it out in 2021 with Noosa promoted up, Caloundra returning and Kenmore joining from Division 2. All of this is yet to be confirmed but it seems a logical outcome. All eyes are now on AFLQ waiting for an announcement which is expected shortly.

In the Tigers camp the club is focussed on getting back to training for the three senior teams and also work is underway for the potential inclusion of a Women’s team in the QFAW Division 2 (North) competition as well as the return of Colts.

Both of these new teams are very dependant of the support of the local community with boys and girls graduating from the Everton Wolves to form the nucleus of the two sides but more numbers from other local clubs are critical to getting them both over the line. It will be a couple of years before the Mayne Juniors will once again have graduates coming through however they have some promising talent in the younger grades as well as some quality coaches and plenty of enthusiasm which augers well for the future.

Recruiting for players in all grades is now underway. The club will expect to announce coaches for the new teams in the next few weeks.

The club will hold its Annual General Meeting on the 2nd December 2020 at the Den at 7pm and will be looking to infuse the group with plenty of enthusiastic new blood for the exciting new year ahead.

Head Coach Josh Duffy has announced that training will get underway for the younger section of the playing group, being those 22 years of age or younger on Tuesday 17th November 2020 from 6pm with the remainder of the squad to join in from the 1st December 2020.

All players under 22 including those looking to play Colts in 2021 are invited to the sessions starting on the 17th November with the intention of providing them with a specially structured programme to get them up and going for the year ahead and in readiness for the commencement of full pre-season training on the 1st December.