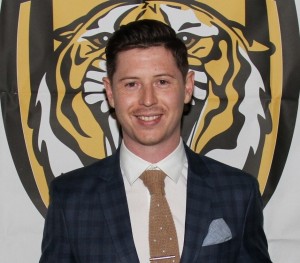 The Mayne Football Club is very pleased to announce the appointment of Corey Massingham to the position of Reserve Grade Coach for the 2020 season.

Massingham has been an institution at the Tigers for fifteen years from the time he played his first senior game at the age of sixteen. Over this extended period be has accumulated an extraordinary and enviable list of achievements as a player including the inaugural Mick Nolan Medal, a Senior Premiership, two Reserve Grade Premierships, a Graham Walters Trophy for Best and Fairest in the Reserve Grade, a Peter Ives Player’s Player Award also in the Reserves, QFA Division 1 Reserves League Leading Goal Kicker while playing 168 Senior games, 53 Reserves games and kicking a collective 260 goals.

While he has been a much decorated player, he has also been a terrific club person during this period coaching an Under 15 Premiership in 2016 and also performing an Assistant Coach role for the Reserves in the same year while injured which also earned him a Premiership Medal for his service.

In making this appointment, President Russell Ditchburn commented that the club has been very fortunate to have Corey take on this important role given his considerable experience as a player, his dedication to the club and his highly regarded knowledge of the game. He steps up to this role as a natural progression of the pathway that he has been on for so many years at the Tigers.

Massingham will work closely with Head Coach Josh Duffy in a new and exciting era for the Tigers.