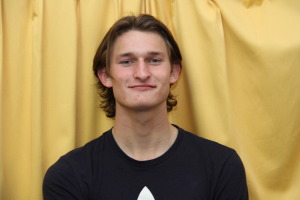 The Colts held their Trophy Presentation yesterday afternoon at the Den with a great roll up of players and parents.

Coach Danny Brady took the boys through the year to reflect on the many highlights and recognise the great work and determination shown by all the boys in a year where they all stuck to the task against some very challenging odds. It has been widely recognised that the boys were almost all in the younger age bracket.

The boys can be truly proud of their efforts with President Russell Ditchburn taking them through the importance of the colts programme to the club. He let them know that of the thirty five players who represented the Senior team in 2018, eighteen had come through the Mayne Colts. In further recognition of the importance of the colts and a reflection of the opportunities available to local lads, eight Mayne Colts made their debut in the senior team this year with three being selected to play in the finals series in the top team.

It was also very pleasing this year that eight members of this year’s colts had the opportunity to play in the Reserves and Thirds setting them up with valuable experience for season 2019.

Callum Brooks took out the Russell Ditchburn Best and Fairest Award recognising the tremendous season he had shouldering the ruck position as well as a number of key positions. Isaiah Ryder was a close runner up for Best and Fairest while Tom Eccleston was judged Most Consistent for the 2018 season.

Other award winners were;

In an exciting development, Isaiah Ryder qualified recently at Metricon Stadium to run in the sprints on Grand Final Day at the MCG next Saturday where he will be representing the Mayne Football Club so we wish him all the very best of fortune for the event. Irrespective of the result, it is a wonderful achievement to make the final heats from right across Australia.

A big thanks goes to Danny Brady as Coach of this young group along with Campbell Shaw and Craig O’Sullivan as Team Managers. The team also enjoyed great support from a strong following of parents and can look forward to a big year in 2019.