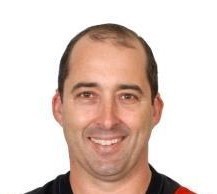 The Mayne Tigers have wasted no time in getting underway for the 2018 season with the appointment of the experienced and well credentialed Chris David.

Outgoing 2016 Premiership coach Clint Brunnenmeyer gave the Tigers ample notice of his intention to step down from the Head Coaching role as he will be devoting more time to undertake some professional development and study in 2018. Brunnenmeyer is excited to continue his playing career at the Tigers next year which is great news for the club.

In signing Chris David, the Tigers were very pleased to secure a person of his standing in the local football community. David’s profile is exactly what the Tigers were looking for with his playing career spanning seventeen years including being a member of the Melbourne Football Club under nineteens in the VFL and many seasons at the West Brisbane Football Club. He also represented Queensland on five occasions

He has gone on to coach the Redland Bombers at the NEAFL level after serving a critical apprenticeship in junior and senior roles at Morningside and Redlands along with a number of Development and representative coaching roles, notably at the South Eastern Bushrangers.

The Tigers welcome Chris David to the position of Head Coach and look forward to a long association focussed on player development as well as continuous improvement of the club’s football department.