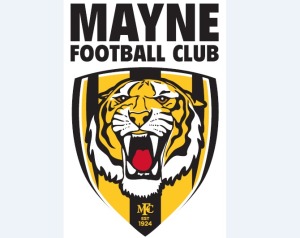 The Mayne Past Players & Supporters Group invite everyone from Mayne Tigers – past, present and future, to come along to the Clubhouse at Everton (Mott Street) for a beer and yarn on Sunday 27th November from 1.00 pm.

This is to celebrate another successful season in which all of the teams acquitted themselves well and in which some records have been set and history made; and also to remember those other Glory Days from the past.

And they do not forget the support staff and the supporters – all of which play an enormous part in the success of the Mayne Tigers now and over the years, past and future.

Drinks will be on sale; as will the stand by food of footballers and supporters everywhere – the sausage sizzle.