Faulkner makes it three in a row at QLD Football Awards 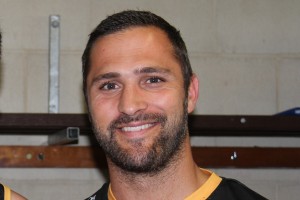 Congratulations to Mayne Tigers Champion Luke Faulkner on winning his third consecutive Leading Goal Kicker award in the QFA North competition at the 2016 Queensland Football Awards tonight at the Gabba. Faulkner kicked 44 goals this year in a tight competition on the back of 75 in 2015 and 136 in 2014.

In other news, Mayne Captain Caleb Brown was in the hunt again for the Duncanson Medal with the result coming down to the last game.  Brown finished on 15 votes behind Nicholas Hill from Noosa on 16 votes and the equal winners Jonathan Giles of Moreton Bay and Thomas Rudolph of Caloundra on 17 votes.

Reserves Captain Scott Webber finished in 4th place along with Jamie Ivers in the QFA North Reserves competition with 9 votes while Thirds Captain Tom Ditchburn polled well in the QAFA Central B competiton to receive 12 votes to come in at 8th position.