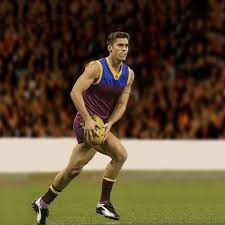 The Mayne Tigers are very excited to have the opportunity to work with Simon Black this Thursday night as he takes the playing group through the sort of programme that he has developed through years of experience playing and coaching at the highest level.

The club is especially encouraging its youth players to come along and work with Simon and get to know him in the Mayne Tigers club setting.

This is a great opportunity for Mayne players emerging from junior ranks with an objective to play at a senior level to participate and pick up some exclusive tips which will set up their season in 2016 and beyond.

Mayne supporters are also encouraged to come down to the Den at Mott Street to see Simon put the squad through their paces.

Simon Black is one of Australian Rules most distinguished football players. Simon played 322 games at the elite level for Brisbane Lions over 16 seasons between 1998 and 2013). Regarded as one of the best mid-fielders of the modern era, Simon is a Brownlow Medallist (2002) and played in the Lions three consecutive premierships in 2001, 2002 and 2003.

As an All-Australian player and ex-Captain of the Brisbane Lions, Simon knows what it takes to succeed in both sport and life.

Simon is also an assistant coach at the Brisbane Lions with responsibility for the midfield.

For individuals that would like to join his academy, here is your chance to learn from the best.

The Academy is open to all and not restricted to elite players. The program is designed to develop participants into an elite player.  Each day students will participate in football skills related training, strength and speed training, nutrition and wellbeing programs, in conjunction with weekly business and fitness study in a flexible learning environment.

Simon advises the objective is to take your game, and your study to the next level.

The Simon Black Australian Rules Academy is open to students 16+ year olds who have left high school want to complete further study while following their football passion. If you are aged 16+ years old this is the ideal government approved course for you.