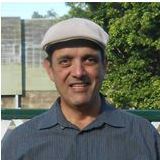 The Mayne Football Club acknowledges the passing of Giulio Murgia on Monday 13th July 2015 after a long battle with cancer.

Giulio grew up in Albion, a stone’s throw from Crosby Park where the Mayne Juniors were once located. It was here that his love of the Tigers began and never faltered to the day of his passing. Giulio played footy with the Mayne Juniors along with his older brother Michael and with friends who have stayed close by ever since.

Giulio’s passion for the club never waned no matter the club’s fortunes epitomising the values of a true supporter. He generously provided gifts to the club over the years for major raffles to ensure the club would have the necessary funds to keep the dream alive that Mayne would return to former glory. No matter when or where the club was playing, Giulio would be following the club’s exploits through whatever media was available. It was commonplace for club President’s to receive three quarter time phone calls to find out “how are we going?”

It was fitting that he was able to enjoy the recent success of the Tiger. Not surprisingly, he was the first person to order a premiership jersey following the club’s grand final achievement in 2014.

In recent times Queensland football followers of the website Bigfooty.com will have known Giulio by his nom de plume “Tiger G” where his knowledge of grass roots footy entertained and informed many people through the forums that he started and performed a moderating role.

He will be very much missed by all who knew him.

Giulio will be farewelled at the Nudgee Cemetery this Friday 24th July at 10.30am and club members and friends are welcome to attend.

The Mayne Football Club wishes to pass on condolences to all of Giulio’s family for their loss and acknowledge with thanks the unwavering support that the club received from him over the course of his life.