A Life in Footy 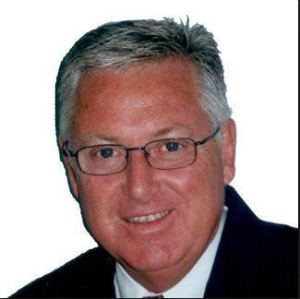 The Mayne Football Club lost one of their most loyal servants this week with the passing of Murdoch Campbell.

Murdoch was diagnosed with an aggressive form of cancer some four short months ago. Whilst he fought the disease as hard as he was able, sadly it was not a battle that he was destined to win.

Murdoch will be best remembered at Tigerland as the President who fought the football establishment in 2000 right through the courts to have his beloved Tigers reinstated into the Queensland State League after they were relegated at the end of the previous season for the first time in the club’s history. The court action was successful and the club was reinstated to the top level and whilst the intervening years were difficult the club has battled on and prospered with Murdoch always close at hand to cheer the Tigers on.

He served as President from 1997 until 2002 steering the club through its darkest days. It was fitting that he was able to enjoy the success of 2014 watching on as his son-in-law Andrew Housego achieved long awaited grand final success in Tiger stripes.

In addition to playing this crucial part in a time of crisis, Murdoch played many other roles in the Mayne Football Club through the years, most notably as President of the juniors in 1994 and managing and coaching junior teams over many years. He was also well known for organising many successful fundraising, corporate and sportsman’s events, always managing to attract the big names to entertain those fortunate enough to get a ticket.

Whilst the Mayne Tigers will mourn his passing, the wider Queensland football community will also shed a collective tear. After playing footy at Coorparoo at a senior level, Murdoch served many roles at the QAFL as an administrator as well as during the early days of the Brisbane Bears in marketing and promotion.

AFL Queensland Chairman Darryl Bray, who played football at Coorparoo at the same time of Murdoch’s association with that club, recollected today that he was a very accomplished reserve grade player who worked hard to make the senior grade on occasions but most of all he was a great club man and very popular with his team mates. He also recalls that he was the best dressed player on and off the training track as well. Mr Bray further commented that “Murdoch was a passionate Queensland football identity that will be greatly missed”.

Whilst football was a very big part of Murdoch’s life, he was also fortunate to have the love and support of family. He enjoyed a close relationship with his daughter Jodie and liked nothing more than to spend time with grandchildren, Spencer and Abigail. He also enjoyed a special bond with his son Luke who also spent much of his youth in and around the Mayne Tigers playing footy and sharing time with his much loved father. Whilst his other daughter Melissa is based in the United Kingdom, he was always in touch with her growing family. Melissa is expecting his fifth grandchild in the near future.

Mayne President Russell Ditchburn remembers Murdoch as a strong personality who could see a cause and follow it without fear, a person who spoke his mind, but he was also someone who gathered many friends through his various interests and could always be relied on by those friends to support them through whatever they faced. The club will feel the loss in many ways.

As one of the best known footy personalities of his era, there will be many stories told in the days to follow of experiences shared with this passionate man of Queensland football.

The Mayne Tigers wish to express their sympathy and pass on condolences to Murdoch’s family and friends at this sad time.