Footy is back in the news 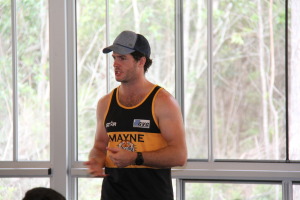 It might be the Cricket World Cup that is dominating the big news but in local news, the Mayne Tigers are about to kick off the Pre-Season Cup with their first fixture against the reigning QFA South title holders in Springwood. In a game that many thought should have been played last year to decide who deserved to be the best team in the second tier of Queensland Community footy, the Tigers and Pumas will both be approaching this game with new line ups and new talent to focus on 2015.

The Tigers and the Pumas will be playing off for the Hart Sport Cup.

The first game is scheduled for Saturday 14th March 2015 at 4.30pm at Leyshon Park, Yeronga.

The pre-season competition is the first of this kind for many years and was very keenly accepted by all clubs across the broad spectrum of community footy.

The format is a sudden death knockout over three weeks culminating in a final on the 28th March 2015.

There are four Pools with the Tigers playing Pool B along with Springwood, University, Sandgate, Burleigh, Kenmore and Robina.

This promises to be an exciting taste of things to come with all the clubs looking to trial new players but also chase some silverware for the Trophy Cabinet and some nice prizes donated by the competition sponsors.

In preparation for the first round of the pre-season, the Tigers will be having an intra club hit out on the 7th to blow the cobwebs right out and see who has taken best advantage of the summer programme.

Coach Daly advises he is very pleased with the progress of his new look team and the addition of more depth across the much larger squad.