Mayne Tigers look to the future 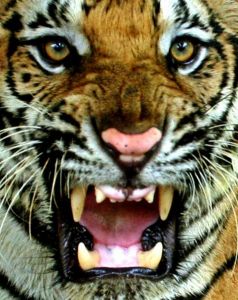 The landscape of football in South East Queensland rarely stands still for long. AFL Queensland announced a review of the competition structures a little over a month ago with a view to accommodating power clubs from the reduced NEAFL Competition. This has meant that a new or perhaps some might say old QAFL structure was an option to be reintroduced between the current Division 1 and the NEAFL

Inevitably, this has meant that the Mayne Tigers have had to sensibly review their position and consider making an application to play in the higher competition. Club President, Russell Ditchburn met with Michael Conlan of AFLQ to fully understand the criteria expected including adherence to the six pillars necessary to be considered and met such that the club would be eligible to be accepted into the new QAFL. In considering that information and consulting with the playing membership and the genuinely active support base, a decision was made by the committee to not make an application for the QAFL.

In making that decision, the club has made a strong commitment to continuous improvement in all of the areas necessary to meet the AFLQ criteria in the future and build a strong club that can genuinely compete in the highest league. It is important to recognise that the club has made significant improvements in on and off field structures over the last two years with increased off field support, broader coaching resources, greater playing depth, consistent and committed sponsorship and more financial planning and certainty.

The club is very aware of the high regard that it is held in by AFL Queensland and is very pleased that the peak body has made a strong commitment to the club to assist with infrastructure needs and do all that is necessary to help the club improve its position in the years to come.

The Mayne Tigers will be working on a new Strategic Plan which takes into account all the positive aspects of the club as it stands today with a view to a clear direction for 2014 through to 2019.

In the more immediate timeframe, the club has already announced internally the appointment of a new coach now that long term club stalwart Mitch Ferguson has stepped down to tend to his growing young family. Russell Ditchburn thanked Mitch, on behalf of the club for all his hard work over many years as he has given everything possible to the club and set it up for future success with the culture that he has fostered in the club.

The Club recently announced internally the new head coach for 2014 is Shaun Daly. Shaun was recruited from the Albury Tigers for season 2013 as a playing assistant coach after a very successful and decorated career including being the winner of the 2011 Ovens and Murray League Medal. Shaun has proven to be a tremendous addition to our club both on and off the field readily gaining the respect of his playing peers and the club administration. Shaun came to Queensland with a long term view of his professional career with a transfer in his work as an accountant with Crowe Horwath and to establish himself in a football club where he and his girlfriend Steph could make friends with like minded people. We are very fortunate that is with the Mayne Football Club.

Shaun has provided the Committee with a comprehensive plan that he intends to implement as soon as possible which will build on recent progress.

The Club is pleased to also announce that Danny Craven has accepted the role of Director of Football for the Mayne Football Club starting immediately. Danny is well known to all in the Queensland Football Community having served as a player at the St Kilda Saints and the Brisbane Bears, before going on to coach senior premierships at West Brisbane and Mt Gravatt. Danny has also been a junior premiership coach at the Everton Wolves while watching the progress of the Mayne Tigers. Danny will steer the football department using his extensive experience while providing leadership and mentoring to the coaching group.

Furthermore, the club welcomes back Shane Johnson. Shane has a long association with the Mayne Tigers, having played 123 senior games after moving from Tasmania in the mid 1970’s. Shane was appointed as the first Junior Development Officer of the club and was instrumental in making the club a junior powerhouse in the early 1980’s. He has been a successful premiership coach at senior level and he is highly respected and well known to the wider Queensland football community having also served in senior roles at the Brisbane Lions and in consultancy positions to the AFL. Shane has a wealth of knowledge and his network of football contacts across the country is exceptional. He has always maintained a close eye on the club assisting in many ways over the years. Most recently, Shane chaired a review of the club’s operations at the end of season 2012.

Shane will provide coaching support as well as utilise his knowledge and network to assist the club in recruitment, fundraising, marketing and promotion

Importantly, the Club’s Major Sponsor in GVG has recommitted to the Club in a strong showing of faith in the committee and the new football department for 2014 and beyond.

The club would like all of its supporters to know that it is putting a strong focus on a sensible and sustainable approach in looking to the future and it looks forward to competing in the new QFA Northern Conference in 2014.

All supporters are encouraged to be involved in Season 2014 in any positive capacity that they think they can assist and benefit the club.