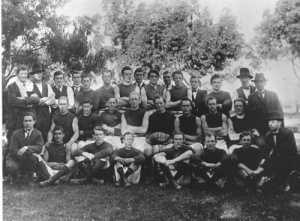 THE PIONEERS AND THE FOOTBALL CLUB

The descendants of the early pioneers of Vermont have had a big influence on the Club from its inception until the present day.

In 1862, David Boyle selected 58 acres on Scotchmans Hill.   Building his house on the corner of what is now Canterbury and Mount Pleasant Roads.

Lou Boyle, a foundation member of the Club, a player in the 1920 team and our first Life Member, his cousins the three Boyle brothers Jim, Fred and Len, were members of the Committee and players in the late 1920's early 1930's their younger brother Andrew who played in the lat 1940's winning the Eastern Suburban Best and Fairest in 1949.   Andrew's son Ray played in the 1970's.   Their cousin Norm Boyle played from 1935 till 1939.   Another cousin, Lou Cornell, a Committee member and player over many years were some of David Boyle's descendants.

John McClare was born in Ireland in 1828 and married 18 year old Mary Madden in Galway, they emigrated to Australia, arriving in 1855.   Rather than ride on a bullock dray Mary McClare walked from Port Melbourne to Air Hill (now Mitcham).

In 1856 they purchased fifty acres of land in Delaneys Road, (now Canterbury Road).   John McClare died in 1926 at the age of ninety eight.   Their descendants have had a big input into the Club over its 70 odd years.

The former Secretary, Maureen Scott, daughter of Jack McClare were some of their family associated with the Club.

Abraham Rooks arrived from Cambridgeshire, England in 1862 and settled on Damper Creek, selected 79 acres and after 10 years residence, acquired full title to it for 80 Pounds ($160).

Marrying Emily Kennard, they built their home on the North East corner of

One of his descendants Aubrey Rooks, played football for Vermont up until 1929 when he left the district seeking work.   On returning after the depression he became a committee member, serving until the early 1950's. Aubrey often told how his grandfather donated a bush block on the corner of Canterbury and Terrara Roads to the people of Vermont for a cricket and recreation ground.

The land was all cleared by hand, the trees were grubbed out, cut up with axe and crosscut saw, the land ploughed and levelled using horse drawn ploughs, scoops, harrows and rollers.

With the timber taken from the land, a post and rail fence was erected around the boundary.   After the natural grasses had regrown, this was kept cut by horse drawn mowers.   All of this work was done voluntarily by the local men.   Two of the men known to have worked on this project were Mr. Pat D'Arcy and Mr. Norm Williamson.

Some years after the establishment of the ground a dummy or driving section of a cable tram was acquired and set up under the trees where the present pavilion stands. This corner was for years know as Tram Corner.

Two more of Abraham Rooks descendants to belong to the Football Club were Aub's brothers Dick and Gordon who were trainers in the 1940's.   Gordon was head trainer in the first Premiership side of 1955.

The Vermont Football Club was first formed in late 1919 early 1920 thanks greatly to the efforts of local orchardist, Charlie Wallace, who became President, Secretary George Binstead and Treasurer Jack Corr (later to become Mayor of Ringwood).

In May of 1920, Vermont played its first match against Warrandyte in the Reporter District Football Association.   The match was played at home and Vermont had a wonderful victory 15-17 to 1-1, even though they wore the colours Red and Blue.   The colours Purple with a Gold "V" were adopted as the Club colours at a meeting in 1919/20 but the jumpers and sox could not be made in time for the first match.   The red and blue jumpers were hired - Vermont is one of the few Clubs that has never changed its colours although the design has been changed.

Vermont's first Captain was Joe Kiker, who had come from Mitcham after playing there for a number of seasons including their 1914 Premiership. Joe also played for Hawthorn in 1914 and Richmond in 1909. In those days players regularly changed Clubs and often played in more than one competition at a time.  Joe moved on to Coach Ringwood in 1921.

Vermont's first VFL player came from this team when F. Peterson layed 5 games with Collingwood in 1921.   Interestingly, the W. Shambrook mentioned is directly related to 1980's star half back flanker, Rod Shambrook .

It was a very successful entry into competition football, only missing out on the finals due to a defeat in the last home and away game by Mitcham.   Canterbury were premiers.    1921 however proved to be even a more memorable year for a number of first time events -

Â¬    Vermont played in its new jumpers, the present day colours of purple and gold.   According to the late Jack Corr, who purchased the first set of jumpers, purple and gold were the "Royal" colours and very popular at the time.

Â¬    On the 7th May, the Club occupied the almost completed new dressing rooms (located behind Terrara Road goals_ it was a grand day especially as the home side went on to soundly defeat Box Hill.

Â¬    That day also saw the appearance of Vermont's very fist Junior side.   Unfortunately, the enthusiasm did not match their skill and after eight big losses they withdrew from the competition.

After finishing the season in third place, Vermont led by ex Hawthorn player Dick Godfrey, played in the club's first final game against Ringwood.   However, Ringwood won the game 11-12 to 4-9.   Mitcham were Premiers beating Burwood in the Grand Final.

Success was hard to come by over the next few years and in 1927 along with Mitcham, Blackburn, Ringwood, Doncaster, Warrandyte, Croydon and Kilsyth, we became foundation members of the new Ringwood District football Association.

In 1928, one of  Vermont's players and committeemen, Ted Cooke, left the club to play with North Melbourne.   After several seasons away he returned to Captain the 1933 Vermont/Mitcham combined side "The Combineds" as they were known.   Jack Herring was Captain in 1932.

Between 1932 and 1934 due to the effects of the great depression, it was necessary to combine with Mitcham.   Thankfully “The Combineds” did at least wear the purple and gold.   (The reason being that somebody had stolen Mitcham’s jumpers - probably to keep themselves and their family warm).   Charlie Wallis (the baker) was President and included on the Committee with many other people was Jack McClare, father of 1990’s Secretary Maureen Scott.   The Mitcham/Vermont team was coached by former Collingwood Captain Bob Nash (father of the great Laurie Nash) and were runners up in 1933, losing to Blackburn by 5 points in the Grand Final at Mitcham.  In the mid 1930’s Ron Savage played for Mitcham but in 1937 and 1938 he was a Vermont player and committeeman, leaving Vermont he went to play 112 games for Carlton and was a member of their 1945 Premiership team.

Vermont and Mitcham resumed playing in their own right in 1935.   Mitcham resumed playing in the Ringwood District Association (second Division) beating Blackburn by three points in the 1935 Grand Final.   Vermont on the other hand held meetings to reform their club but due to bickering and much in-fighting, it was left too late to affiliate with a league so the “Vermont Social football Club” was formed.

The players trained on Tuesday and Thursday nights as usual but only played social games on the weekends.   Players who worked locally in the tile works were the butt of all sorts of sarcasm and jibes, particularly from the Mitcham players and supporters.   Among some of the comments, “you weak pack of  b…….d’s, only good enough to play social football”.

In 1936, the Club was admitted to the Federal League, Charlie Wallis (the Baker) was President with Jim Willis as Secretary, ex Collingwood champion Charlie Pannam was Coach.   They only had limited success in this competition and in 1937 they gained admittance to the Eastern Suburban League.   C. Wallis was President, G. Cooper Secretary and C. Pannam Coach.   In 1938 an unusual event happened in the Club.   The Club formed an Under 21 side as well as the senior side.   The unusual thing was that the senior side had it’s own Committee - C. Wallace-President, J O’Keefe-P. D’Arcy-C. Pannam-W. Baker, Vice Presidents, C. Wallis - Secretary, Claude Cooper - Treasurer.   The Committee consisted of D. Kinder, R. Savage, J. Boyle, N. Morrison, D. Fox, F. Boyle and C. Finlayson.   They played in the Eastern Suburban League and were coached by Jack Zander.

The Under 21 side was the brainchild of Arthur Zander who spoke to his brothers and Charlie Pannam about it.   Charlie was all for it and put everything he had into this young side.   This team was run quite independently of the senior side, having its own Committee consisting of  C Pannam - President, H. Farmilo, N. Williamson, Cr. J. Willis Vice-Presidents, A. Zander - Secretary, L. Zander - Treasurer, J. Steel - Social Secretary,  Committee - A. Wilson P. Boyle with power to add.   Charlie Pannam approached Jack Zander to take over coaching the senior side, so that he could concentrate on coaching and helping run the under 21”s.   This Under 21 side played in the Ringwood District Football League, raising their own finance and providing everything necessary to run a team.

Over the two years they were in existence, they did not cost the senior club one cent.   One of the committeemen, Norm Williamson, had an open tray truck that he used to cart tiles for the Wunderlich with during the week.   Every Saturday on an away game he would pull up outside Pannam’s Store, and players, supporters and officials piled on, if it was raining there was a large tarpaulin to cover everybody.   Charlie Pannam also took some of the players in his covered truck, each person putting in 3d (21/2) or 6d (5c) to cover the cost of petrol.   Both years were very successful although a bit heartbreaking, being runners up to Tunstall (now Nunawading) in 1938 and Ringwood in 1939.   Charlie Pannam made the comment that these two years were the most enjoyable in his coaching career (and he had coached South Melbourne), because all the young players put everything they had into it.

The Firsts only had two average years although, Jack Zander won the Club Best and Fairest both years and the Colonel Cohen Cup for Best and Fairest in the Easter Suburban League for both 1938 and 1939.

After the 1939 season the club went into recess because of the Second World War. 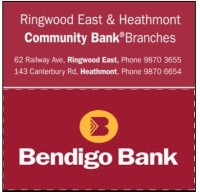 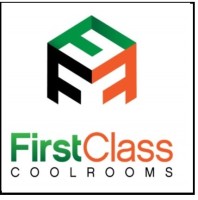 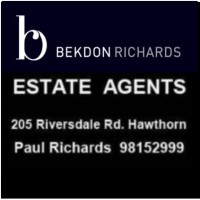 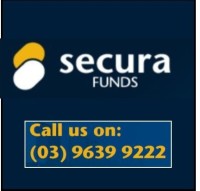 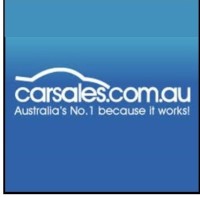 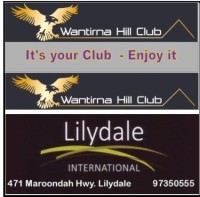 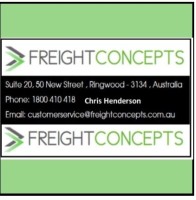 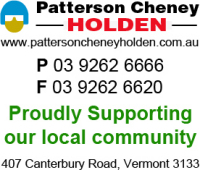