Proud Sponsors of our Juniors, Women's Premier League and Junior Development League. Strike Charlestown provides all our Players with a "Player of the Match" Voucher. How good is that! They also host our JDL Season Launch and Presenatation Nights where the girls enjoy Pizza, Hot Chips and Drinks whilst they Bowl.

Situated over two levels and overlooking the South Piazza in Charlestown Square, Strike Bowling Charlestown is not your average bowling alley!

Spots are limited so book online to make sure you don't miss out! 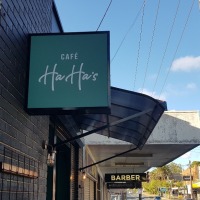 
Proud Sponsor of Buds "Team of the Month" Cafe' HaHas is just up the road from Buds Central.

In November the opportunity to take over this café (previously Little Brown Wolf Espresso) on Brunker Road felt like the right move.

​The menu is a mix of Australian-style cafe breakfasts and light meals such as avocado smash, blueberry pancakes and acai bowls, along with Vietnamese options for lunch.

​We have applied to change the cafe's license in order to trade for dinner on Friday and Saturday evenings.

"We would like to keep it quite exclusive because the whole thing with HaHa's Eatery was we never pre-made anything. It was all made fresh," Maria.


Here at National Central, we have combined a range of companies to supply superior personalised customer service, with the ease of all your repairs and maintenance all in one easy location.

We specialise in the repair and refurbishment of commercial or domestic vehicles from a light commercial van to prime mover and any trailer combination. Vans, Trucks Trailers and Machinery. 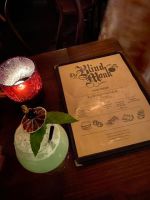 
The Blind Monk, is located in the heart of Hamilton’s Beaumont St

Predominantly, our focus is on showcasing the best and freshest from the Australian food and craft beer scene and doing so with panache! We also provide for the lovers of cider, and have a tempting range of local wines.

We are staffed with a fun team of friendly, knowledgeable lovers of food and beer and plan to intertwine these two necessities in life harmoniously within the warm and inviting walls of The Blind Monk.

​Come and sit back with your friends and family, have a drink, share some food and enjoy the hustle of Beaumont Street from behind the arched windows.


McDonlads Kotara 72 Park Avenue, Kotara, NSW Ph: 02 4952 4144 is proud to be on board for Season 2021 as Sponsor of our Women's Premier League First and Reserve Grade Teams plus Buds Junior Development League 10 and 12 Girls Teams #itsabudslife


Adamstown WPL and JDL are very excited to welcome Orica to our Family of Fantastic Sponsors.

This is Orica's first season with the Buds and you will see their Logo featured prominantly on our Coaches and Managers shirts and apparel, our 17 Girls WPL Playing Shirts, JDL Playing Shirts and the sleeves of WPL First and Reserve Grades Playing Shirts.

Orica is the world’s largest provider of commercial explosives and innovative blasting systems to the mining, quarrying, oil and gas and construction markets, a leading supplier of sodium cyanide for gold extraction, and a specialist provider of ground support services in mining and tunnelling.


Our staff are friendly good people who take a down-to-earth approach in helping you. We get to know you and understand your lifestyle choices but encourage participation in sport and fitness, work, and everyday activities for a great quality of life.

Providing great physiotherapy services in Newcastle and the Hunter region since 2004. 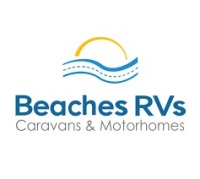 
Founded on the Northern Beaches of Sydney, Beaches RVs has grown to become one of Australia’s favourite pre-owned Caravan, Campervan and Motorhome retailers.

Since the establishment in Sydney, Beaches RVs has relocated the premises to Belmont NSW, one of the many beachside suburbs of the Newcastle – Hunter region with the intent of providing customers ease of access to the dealership away from the big city hustle and bustle. 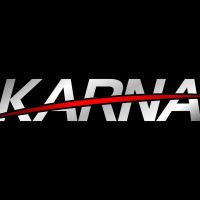 
Karna Sports are the proud suppliers of our Juniors Playing Strips plus Team Wear Apparel for our Buds Women's Premier League and Junior Development League Teams.

Christopher and Shirley Piggott met in Sydney University whilst studying Pharmacy. They got married and moved to Newcastle where they bought their first pharmacy in Blackbutt in 1968 from Mr Borthwick. When Charlestown Square opened in 1979, Chris opened a second pharmacy there. It was soon to be one of the busiest pharmacies in the Hunter. Chris was a big personality and became well known in the region, especially with regular radio and TV appearances. Chris and Shirley eventually had 4 children.. 2 boys and 2 girls. Nobody would have guessed 3 of them later followed in their parents footsteps and became pharmacists. The one son who instead studied Surveying, later fell in love and married an Austrian pharmacist!

After owning a number of pharmacies, Chris slowly sold them to semi-retire but he kept Blackbutt pharmacy. It was 2009 when the youngest children, Skye and Anthony, took over the family business. Anthony Piggott, now the driving force, quickly expanded in Hamilton, Hamilton South, Branxton and Lambton with the help of his brother, and wife Sandra, and other great pharmacists Lee Grundy and Brett Plumb.

Anthony is very active in the local community and the pharmacy community alike. He is well entrenched in providing traditional pharmacy values, genuine care, and quality service and advice. When you go to a Piggott’s Pharmacy you will feel a warm welcome from staff who love their job. We invite you and your family to visit us or call us should you need any trusted health advice. With 5 Pharmacies in Newcastle and The Valley it's not hard to find a Piggotts Pharmacy that's handy to you. For every $1k of purchase receipts handed in to the Canteen, or your Team Manager, Piggotts will donate another $200 to Adamstown Rosebud Junior Football Club.

How Good is That?


Our long term sponsor, Cardiff South Butchery and Pies, has once again thrown in some sponsorship money to buy equipment for our Junior players.

Cardiff South Butchery has been providing high quality meats, and supporting the community for close to 50 years!!

Owned and run by locals, their customers love the great service, and quality they have provided to the community, and will provide for years to come.

In recent years the butchery has also expanded to include within its range delicious freshly made Pies and Sausage Rolls.

Give Grant and Pauline a call on Phone: 4954 0963 as they do deliver to the Adamstown area.


Proud Club Sponsor of The Buds WPL the Blackbutt Hotel is in Orchardtown Road New Lambton. A visit is a must.

The Blackbutt Hotel is a great place to get together with family and friends for a quiet drink and a delicious meal.Stay a while and indulge a little in one or more of our newly well-renovated areas. The latest addition is a Cafe and kids play area.

The Hotel can cater to all your entertainment needs with  free entertainment Thursday through to Saturday nights while enjoying a fresh and affordable meal for all the family in our Restaurant.
The Hotel also hosts a unique and expansive range of local and imported beers and wines in our Bottle Shop and our recent addition of 28 modern rooms is sure to suit your accomodation needs. We are proud to be a member of The Best Western Group with our accomodation area known as  'Best Western Blackbutt Inn'.

Not only do we offer fantastic facilities but our location is supreme for anyone visiting Newcastle. The Hotel is located just minutes from Blackbutt Wildlfe Reserve, Energy Australia Stadium, Newcastle Entertainment Centre, Westfield Kotara, John Hunter Hospital and Newcastle's Famous Pristine Beaches. 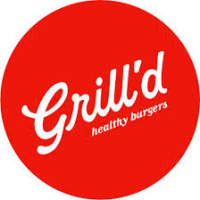 
Grill'd Kotara will be awarding a weekly "Awesome Effort Award" to a player from each of our Juniors and WPL teams. The weekly winner will be selected by the Coach and Manager of each team.

The lucky players will be able to take their voucher into Grill'd Kotara and receive a free burger.

How good is that? Thank you Grill'd Kotara for becoming our Juniors and WPL Teams Sponsor for 2020. 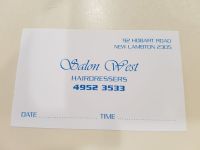 For all your hairdressing needs you need go no further than "Salon West" at 92 Hobart Road, New Lambton NSW 2305. Craig and Martin are experts in cut, colour, styling and all aspects of both Womens and Mens Hairdressing. You will always come away happy with your experience at "Salon West". Give the guys a call on 4952 3533 to book your consultation. "Salon West" is opposite Wests New Lambton. Free parking right outside the salon. 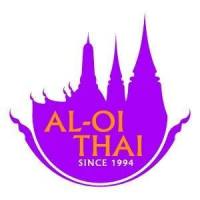 
For the best Thai Cuisine in Newcastle, and Five Star Service like you've never experienced before, you won't be disappointed at Al-OI Thai. Shane and Jessica are waiting to greet you. Takeaway is available or sit back and enjoy the authentic Thai decor. They also have On Line ordering on their new website. Ring (02) 4926 3345 and tell them you are from "The Buds". There is a private upstairs area for large groups. Special set menus also available. Al-Oi Thai is at 541 Hunter Street, Newcastle West. Enjoy :-)

There are 3 emails for contacting Adamstown Rosebud Junior Football Club:

If you are looking for the NPL Adamstown Rosebud FC Teams (Senior and Youth Men) or Boys SAP Teams their website is www.adamstownrosebudfc.org.au