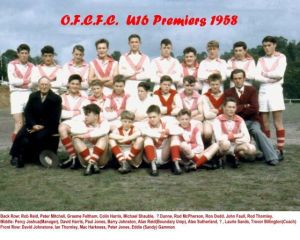 The age limit for our junior team has progressively increased from U/16 to U/17  and now U/18.

Season Match Results ( we hope to flesh out these results, but they these scores give an indication of the team's strength).

Please note : the PDF below has an enlarged team pic. One player is listed as "? Dunn". The player is Michael Dunn, Michael was the son of the Ferny Creek PS Principal Bill Dunn.

Also below a Match Report, Team Sheet  and reports on the three games listed above.