Bumper holds the O&K record for the most number of senior football premierships as a player - six.

He retired after the 1967 premiership & finished his career with 301 senior O&KFL games.

The winner of the first game of the season gets to keep this Shield and display it in their clubrooms until it is won back. 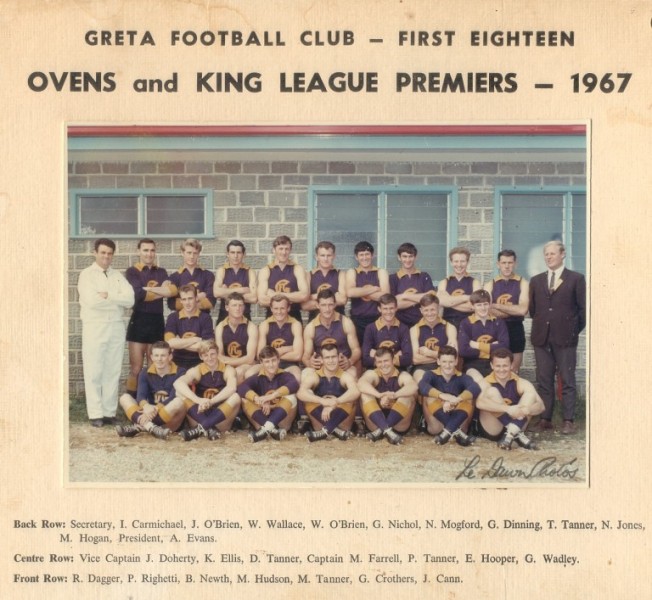 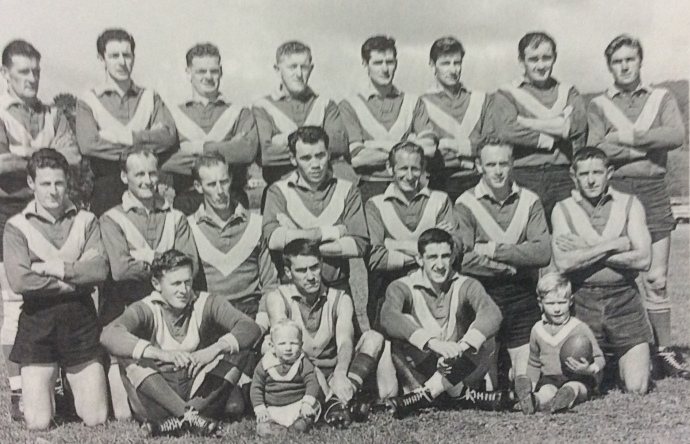 1962 - O&K Premiers - Moyhu FC
Maurie pictured first from left in the back row. 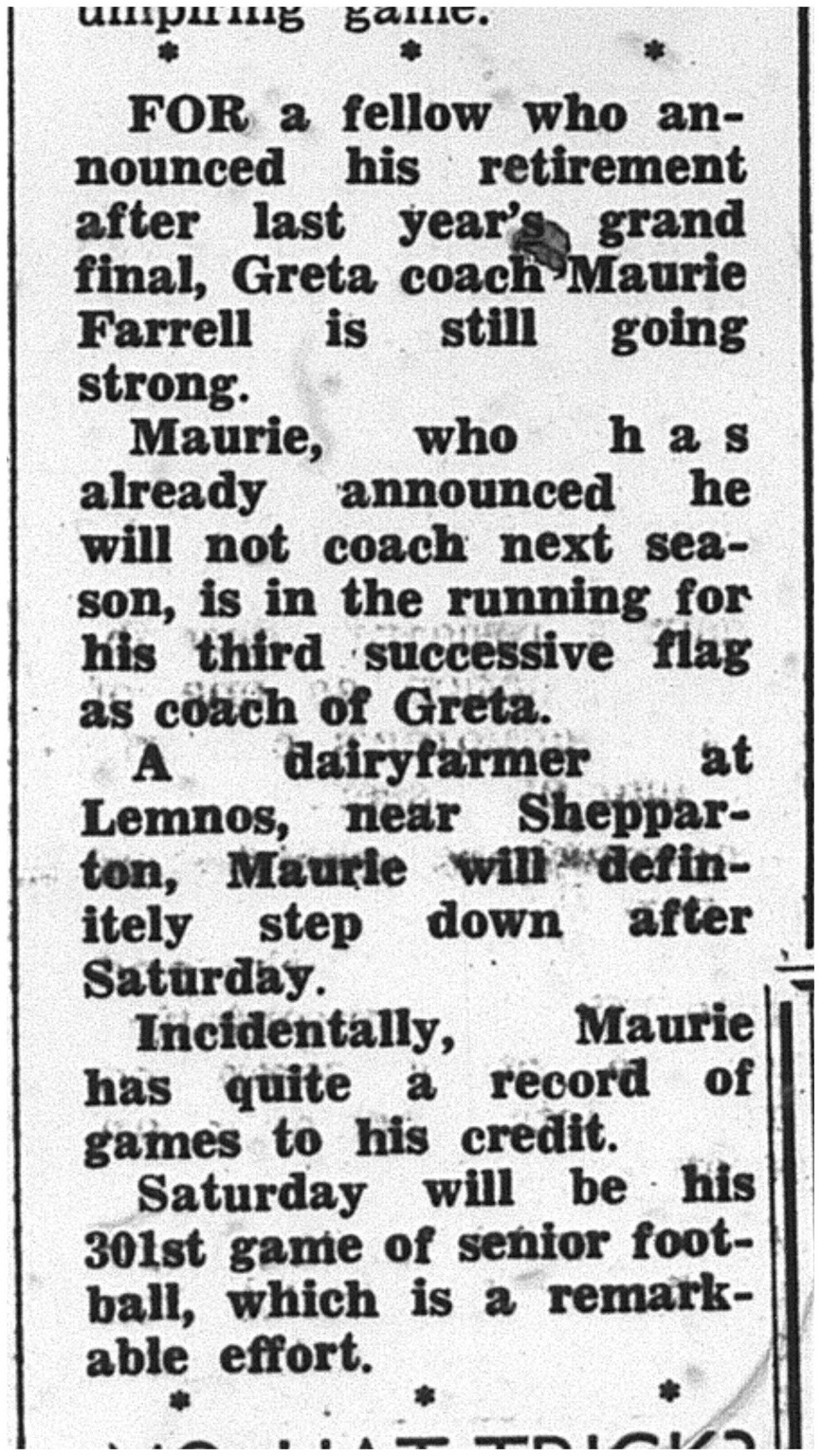