This procedure has been developed to ensure that complaints about inappropriate behaviour described in this policy are addressed sensitively, consistently, fairly and confidentially. A complaint may be reported about an individual or group behaviour informally or formally. It may be about an act, behaviour, omission, situation or decision that someone thinks is unfair, unjustified, unlawful and/or a breach of this policy.

A complaint should first be reported to the Dingley Junior Football Club (DJFC) Child Safety Officer, who will be knowledgeable on the correct process to take.

Self resolution may be appropriate where the alleged harasser or bully is oblivious to the impact of their behaviour towards the complainant. If the complainant feels it is appropriate, they can attempt to resolve the issue directly with the alleged harasser without the assistance of SMJFL or Club Child Safety Officers, by speaking directly to the person/s involved and asking them to stop the offensive behaviour immediately.

(b) Resolve the Complaint Informally

Informal assistance may be appropriate where the complainant is not sure how to handle the problem and wants to talk confidentially about the problem or the problem continues after the complainant has tried to approach the person/s involved. If this is the case, the individual/s should talk with their clubs nominated Child Safety Officer.

Informal procedures that may be adopted could include the following:

• act as a support person;

• privately speak with the alleged offender on behalf of the complainant

Both parties involved in a formal complaint have a number of rights and responsibilities which are detailed below:

A formal procedure will be followed as appropriate for each individual complaint which may include one or more of the following steps:

• document full information from the complainant about the complaint and how they want it resolved;

• put the information received from the complainant to the person/people that the complaint is about and ask them to provide their side of the story;

• decide whether enough information has been obtained to determine whether the matter alleged in the complaint did or didn’t happen; and/or

NB: Where a complaint relates to an allegation of child abuse the matter will immediately be referred to the police or relevant state government authority (see below). More detailed information on conducting internal investigations can be found at www.ausport.gov.au/ethics/policy.asp

If the internal complaints processes set out in this Policy do not achieve a satisfactory resolution/outcome, or if the complainant believes it would be impossible to get an impartial resolution within the Club or the SMJFL, an external agency such as The Equal Opportunity Commission may be contacted to assist with a resolution.

There may be a range of external options available depending on the nature of the complaint. In the case of harassment or discrimination advice can be sought from the State or Territory Equal Opportunity Commission without being obliged to make a formal complaint. In the case of more serious breaches such as child abuse, the police or relevant state government department responsible for issues of child welfare should be notified.

Where an incident or suspected incident is of a serious enough nature as to be considered child abuse, the matter will be escalated to the police or relevant government authorities.

Child abuse relates to children (a person under 18 years old) at risk of harm, usually by adults, sometimes by other children, and often by those they know and trust. It can take many forms. Children may be harmed by verbal and emotional abuse and physical actions and by people failing to provide them with basic care.

Child abuse may include:

• Neglect (e.g. failing to give food, water, shelter or clothing or to protect a child from danger or foreseeable risk of harm or injury).

All allegations of child abuse will be dealt with promptly, seriously, sensitively and confidentially. It is a legal obligation that anyone who reasonably suspects that a child has been or is being abused by someone within our sport, or by his/her parents/guardians, must report it immediately to the police or relevant government agency, the DJFC Child Safety Officer and the SMJFL Child Safety Officer. DJFC and the SMJFL will not attempt to investigate, mediate or conduct any hearing into any allegation of child abuse as this is the role of the police and the relevant government agency. 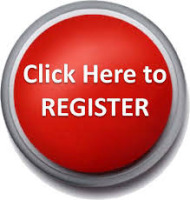