The history of North Brisbane Basketball Club (Dragons) dates back to 1967 and since establishment we have proudly developed basketball skills in members drawn from the north-western suburbs of Brisbane. Our history is now recognised through our annual perpetual age trophies awarded to the Most Valuable Player in Under 12s to Under 20s and GBL teams.

Our club began its life in 1967, as a result of a split from the North West Districts Basketball Club. The Club formed an association with Oakleigh Football Club and in its second year of existence won the A grade Brisbane Championship. The junior program started two years later.  The Oakleigh Club went on to become the West Mitchelton Club.

In 2002, the Club entered into a joint venture arrangement with the Hills District PCYC. This agreement gives the Club a permanent home Clubhouse and access to the PCYC network for intra-club tournaments, as well as providing our juniors with a safe and secure environment for training.

The Club Logo
The Dragon Logo has been synonymous with the North Brisbane Basketball Association and its predecessors almost from inception.  The original Dragon Logo was borrowed from a club associated with the brother of life member, Fred Van Dongen.  The 2001 management committee commissioned the design of a new logo with a brief to the designer to capture aggression, a more modern image that could be shared between the junior and senior programs and one, which shows a connection with basketball.  The full seven-colour logo is striking in its effect and is now a feature of our playing uniforms and marketing. 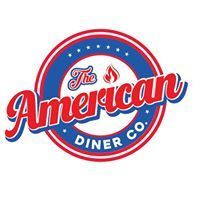