Under 14 Reds finish Runners Up to Camden Blues

A sub Committee is formed in an effort to upgrade existing facilities at Greygums Oval. Plans to construct a new club facility gain momentum

Under 14 Red player Brayden Eastwell kicks an u14 club record of 51 goals in a season while also kicking 9 goals in a match.

Greater Sydney Juniors - Sydney West (GSJ-SW) introduces Under 11 competition, first time since Season 2001. Due to the introduction of the new AFL Junior Match Policy, Season 2008 will become the final year where Under 10 format is played competitively

2008 becomes most successful year in club with 3 x Premiership Flags. A huge victory celebration is held at Peachtree Tavern on the eve of Grand Final day. On this day, the GF venue is switched last minute from Dukes to Gipps Oval (Greystanes) due to unseasonal heavy & persistent rain. The GFs are played in perhaps the wettest/worst conditions ever experienced for juniors.

Auskicker, Recce Chicca attends the AFL Grand Final at the MCG after winning an AFL Auskick promotion. Recce kicks two goals during the half-time Auskick entertainment in front of 100,000 spectators

Under 10 Red player Robert Badger kicks an u10 club record of 43 goals in a season while also equalling the record 6 goals in a match.


New lighting is switched on for the first time on Oval #2. Penrith Council installs new bench seating on western wing of Oval #1

Thanks to Under 10 Red coach, Tim Badger, HMAS Watson puts in a huge joint effort to raise over 2000 dollars as part of the Yellow Ribbon Day (male prostrate cancer awareness) fund raiser, this being the most for any AFL sporting entity

Under 10 White Coach, Scott Duffus takes to the airwaves promoting Junior AFL throughout the region via the ‘Men in Black’ segment on Hawkesbury Radio 89.9FM more

Club finally wins their first and illusive Under 12 Flag, as undefeated Premiers

Formation of GSJ effectively sees the end of regional club delegates and thus 'one club, one vote'.

Quakers Hill Bombers joins the region while GSJ-SW manages the merged Under 14 & Under 16 competitions with GSJ-South West. Unfortunately due to low numbers, Penrith were unable to field an Under 16 side.

Under 14 Red player Joshua Nesbitt is handed tickets to Melbourne as part of his selection in the Under 15 AFL Kickstart team, a program initiated specifically for indigenous players, sponsored by Qantas. Josh plays in a curtain raiser match on the MCG.

Under 12 player Ben Mayer kicks an u12 club record of 87 goals in a season while also kicking 12 goals in a match on two occasions. more

GWFA merges with the Campbelltown Association to form an Under 16 competition. Unfortunately due to low numbers, Penrith were unable to field a side.

The Under 14 team numbers are boosted by players from Blue Mountains Kangaroos (BMK) who were unfortunately unable to field a team. Season 2006 will see the return to these players to BMK.

Similar to 2004, the Collingwood Magpies conduct an AFL Community Camp within the Sydney basin. Tarkyn Lockyer, Paul Licuria, Heath Shaw & Travis Cloke attend primary schools within the Cranebrook area, promoting the game to youngsters. Recruiting numbers soar as a result of their professional approach and interaction with the kids.

Ex Penrith Swan, Earl Shaw is added to the Sydney Swans rookie list following his performance in the Under 18 National Championships playing for NSW. Earl who stands at 199cm commences as ruck in the Sydney Swans Reserves

A shipping container is obtained for Oval #1 as a shared resource with Cranebrook Little Athletics. The container helps relieve some of the storage matters, where club equipment was previously held off-site in homes of Committee members of both Clubs more

Due to unfortunate defections to Northside clubs, the Under 16s are unable to field a team due to the remaining low numbers. The Under 16s will not field another team until Season 2007.

The Under 10s win a nail bitter Grand Final at Bensons Lane. In the dying seconds of the game, the ball is delivered by Ben Mayer to Morgan Hall who snaps a goal from the half-forward flank to see the Swans win by 3 points.

The Under 12s finish as Runners Up to Emu Plains

Penrith Council lays concrete slab in front of amenities block much to the delight of visitors and club patrons. This in turn allows for the purchase of tables, umbrellas & chair & for cafe-style atmosphere near canteen. Sales increase as a result more

Under 10 White finish as Runners Up to Blue Mountains Kangaroos

The long standing co-tenancy ends when the Penrith Rams depart Greygums Oval for their new home at Duke’s Oval, Emu Plains. As a result, the Swans are forced to obtain new equipment (eg scoreboard, stretcher, tackle bags, etc) that was otherwise shared with the Rams

Under 16 player, Dale Chivas kicks a club record 91 goals in a season as well as 14 goals in a match. At this time goals scored after Mercy Rule were never maintained. If counted, Dale would have easily achieved more than 100 goals in a season. It is for this reason that the Club decides to tally these goals to players in future seasons. more

The club trailer (used weekly for transporting canteen & on-off field equipment needs) is restored by Paul Swinfield. The clubhouse is repainted thanks to donation from Kylie Torr and a replacement fridge is obtained thanks to efforts of Delcene Griffiths more

Under 13s finish as Runners Up

A successful recruitment day is conducted at Penrith Plaza, thanks mainly to the arrival of the 2009 AFL Premiership Cup proudly presented to the large crowd by Kangaroos superstar, Wayne Carey.

Under 15s finish Runners Up

Under 17s finish Runners Up

Alan Stewart is the inaugural Club President with Ian West as Vice President.
Penrith Juniors compete for first time as Under 11 Pumas, Under 11 Cougars & Under 13 Pumas. 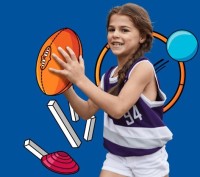 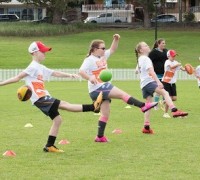 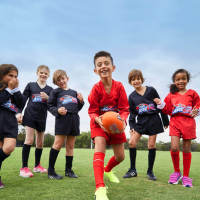