WINI WILL BE THE TEAM SOLOMON FLAG BEARER 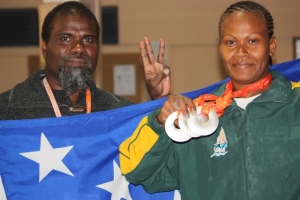 The flag bearer for Team Solomon for the 2012 London Olympic Games is female weightlifter, in the 58kg  Jennilyn Wini Tegu. Thats according to Team Solomon chef de-mission Ronald Bei Talasasa.

“But since she finally made it through Ms Wini is certainly in the driving seat as she has achieved many milestones in her sport,” he said.

The decision on the choice of the flag bearer was made by the National Olympic Committee of Solomon Islands (NOCSI) and chef de-mission Ronald Bei Talasasa.

Ms Wini has never experienced leading the Solomon Islands contingent at the Olympic Games, given such an opportunity would be a history for her and a boost to her preparations for the Games.

She made the country proud in her past international and regional outings in weightlifting and is aiming to continue that fine trend in London.

Ms Wini, who is currently training at the Oceania Weightlifting Institute in New Caledonia, is eyeing to make history by bringing home a historic Olympic medal if she does carry the flag in London in few weeks time.

She will team up with the Solomon trio prior to the Games. 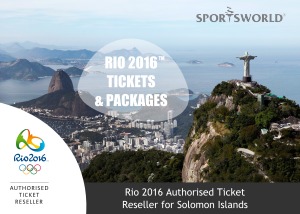 There are currently no photos to display
More Galleries 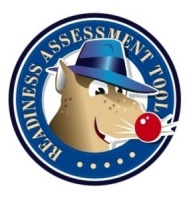