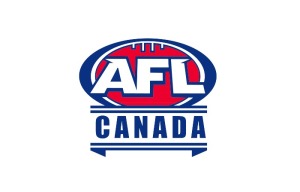 The AFL Canada AGM was held on December 12th, and Lachlan Griffiths (President), Chris McLean (Vice President) and Sarah Ennor (Secretary) were all re-elected for a second term, unopposed. The role of Treasurer remains vacant and the Board will look to appoint someone to fill this gap as soon as possible. The financial statements were presented by Ian Gallant (outgoing Treasurer) and new by-laws for the corporation were unanimously adopted.

A summary of the Presidents Report follows:

“When the current board was elected, it identified three main priorities for 2016: Revamping out-dated by-laws that weren’t in line with the new NPO Act, an open investigation relating to an incident at IC14, and an uncertain 2016 Parallel Cup tournament.

We’ve worked extremely hard over the past year to listen to our members, leverage our size and position and find ways to better serve the sport in Canada.

A major enhancement to AFL Canada’s governance that resulted from the investigation was the implementation of the “Member Protection and Respect Policy” and “Code of Conduct” that will be used by AFL Canada going forward and all clubs are encouraged to also adopt it.

We made a number of requests for assistance from our membership for help to re-write our by-laws, however had no willing volunteers. Instead, we worked closely with the Sport Law Group to draft by-laws that ensure alignment with the NPO standards, and accurately reflect how AFL Canada engages with its member clubs.

The US signalled its intent not to come to Canada for the return leg of the 49th parallel, which gave us the opportunity to look at how we could better support the national program. That ultimately led to the National Championships that were superbly run by Adam Kelly and BC Footy. We supported, through commitment of grant funding to offset the cost, as well as administrative support through the publication of the tournament rules, tribunal process, finalisation of eligibility criteria and tournament handbook. 175 Canadian players attended Nationals, a fantastic demonstration of the growth of the game amongst locals here in Canada.

We established at the start of the year an umpiring pathway. Peter Dinnick (Alberta), Greg Everett (Ontario) and Dan Robinson (Quebec) all were assessed by AFL Victoria and are now qualified to deliver level one training and assess and accredit level one umpires.

Our relationship with the AFL has improved through regular engagement by Chris and myself. Our annual grant was increased by 25% this year, and they have been appreciative with the strides the current board has made this past year resulting in the AFL awarding us with a one-off grant for use in helping our national teams IC17 campaign.

We have worked hard to maintain our relationship with 2XU, providing discount to our provincial and national team players and also Vistek who generously donate video equipment for use by our national team. We started a relationship with Sherrin this year that enabled us to offer all member clubs and their players a discount off the retail price of Sherrins, a valuable savings of roughly $4,000. We are grateful for the support of our partners and sponsors.

Throughout the year we also produced a National Team Selection Policy, a requirement for aspiring NSOs, in collaboration with our national team coaches.

Our TV commercial was aired during nearly every AFL game played on TSN during the year, helping grow the exposure of the sport.

There were 300 WatchAFL live passes sold into Canada, but only 20 utilised our discount code. We encourage every club to promote that opportunity to your players in 2017 to provide a discount to AFL Canada registrants, and help generate some revenue for AFL Canada (approx. $300 in revenue was earned in 2016, but could’ve been $2,000+ if everyone had utilised our discount code).

In September, led by of our national team coaches and their assistants, the national teams came together in Toronto and of the 100 hopefuls in attencance, 60 were selected to represent Team Canada at the International Cup in 2017. This strong showing and depth of talent led us to engage with AFL Europe and subsequently we will be sending both our Mens and Womens development teams to London, UK in 2017 to provide an opportunity for those who missed out on a spot on the IC17 teams to wear the maple leaf and play international level footy.

At a participation level, several leagues experienced growth in 2016, particularly BC Footy, Calgary and Quebec. Edmonton & Ontario numbers were down in 2016 while Nova Scotia and Newfoundland were relatively flat.

Under the leadership of Chris MacLean, we established a grant assessment criteria and approved five grants, including a Women’s Development Grant to AFL Ontario, a junior footy grant to Ottawa, the National Championships support to BC Footy, a contribution towards new goal posts for Ottawa, and the final year of the new club grant to AFL Nova Scotia.

As you can see, AFL Canada has made significant progress in 2016, engaging with its members, building relationships with leagues, governing bodies, and sponsors, and working to provide value to its members. But there’s plenty left to do.

While we have established a player and umpire pathway, we are still working towards formal recognition from NCCP (Coach.ca) for our sport. We’ve been engaged with them over the past year to understand the application requirements and are currently waiting on further guidance to progress that coaching training pathway.

The board believes that a key goal for AFL Canada is to obtain NSO recognition. That would enable us to get access to annual federal funding for the sport. The key hurdle to our recognition is the 5,000 minimum registrant criteria.

The strategic plan put in place in 2014 runs until 2016. One of the first tasks of the returning Board will be to review our success against the current strategic plan, and work to formulate one that will guide us for the next few years.

In closing, I want to thank the 2016 board for its hard work and significant accomplishments. I’d encourage all clubs to continue to increase the communication and engagement among themselves and with their leagues and AFL Canada. This will to help football to continue to grow here in Canada.”