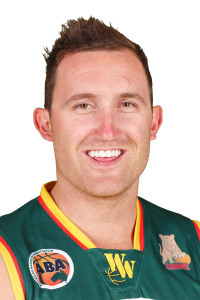 In the Match of the Round, the Woodville Warriors will be hoping to continue one of the most bizarre streaks in the competition when they visit the North Adelaide Rockets.

If the Warriors can defeat the Rockets, it will be the 10th straight win for the away team in this series. The Warriors have not lost to the Rockets at Hillcrest since April 20, 2008, yet have not beaten them at home since March 13, 2005 – when they last made the finals and won the premiership!

The two teams provided a classic double-header last season, with the Rockets winning at St Clair in overtime, before the Warriors held on in the final seconds a night later.

In what will likely be another close encounter, I’ll be trendy and predict a Warriors W, but this one, as they say in the classics, “could go either way”.

The Eastern Mavericks will be searching for a first home win since the final day of the 2011 season when they host the Norwood Flames.

The Mavericks were competitive in their Round 1 encounter with Woodville, but a poor third quarter led to their downfall. Their goal for this week will to be at their best for the whole 40 minutes.

The Breheny Brothers combined for 35 points and 21 rebounds, while former Flame Curtis Scipio had 16 points, 9 turnovers, 8 rebounds and 5 assists.

The Flames will be entering this match bitterly disappointed after letting one slip against Southern. Trailing by six at quarter-time, the Flames fought back to lead by a point with a quarter to play, but shot only 33 per cent in the fourth quarter and lost 77-79. However, had Andrew Webber connected on a buzzer-beating three, it would have been twice in less than a calendar year that the Flames had beaten the Tigers on the buzzer at Mars.

The Flames should have a little too much firepower for the Mavericks, but do not rule out an upset.

The Southern Tigers will have their hands full on Saturday when they welcome the West Adelaide Bearcats to Morphett Vale.

The Tigers were outrebounded 26-37 against a far less imposing Norwood team, so Coach Rashad Tucker will need to get his tactics right if his side is to pull off an upset. The Tigers’ April 6 victory over the Flames was their first in exactly five years to the day. Samuel Johns equalled his career-high with 17 points, while Todd Davies scored 12.

With a match the following day against Centrals, who have a bye on Saturday, it would not be surprising to see the Tigers rest some key players should they fall behind early.

They did beat the Bearcats in their first preseason game, but with Johnson and fellow 36er Jason Cadee now in the West Adelaide line-up, the task ahead of the Tigers this week will be monumental.

The Sturt Sabres and South Adelaide Panthers will be attempting a first win in 2013 when they face off at Pasadena.

These teams were hit harder than anyone in the offseason, and it showed in their Round 1 results. The Sabres went down 60-70 against Centrals, despite the best efforts of Hamish Burns (16 points, 6 rebounds) and John Marriott (10 points, 8 rebounds, 3 blocks).

Thomas McKenzie starred for the Panthers with 28 points, 5 rebounds, 3 assists and 3 steals, before fouling out with seven seconds remaining. Jordan Robertson added 15 points.

The Sabres will dig deep defensively and should avoid a 0-2 start on their home floor.