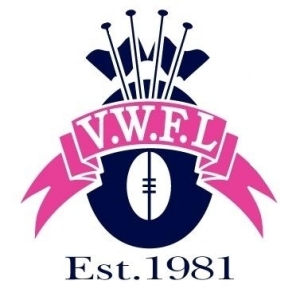 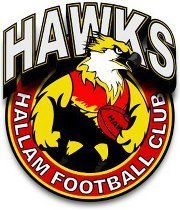 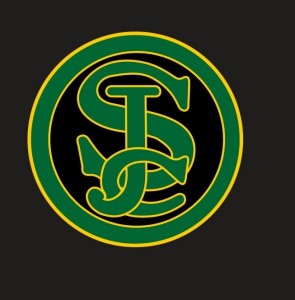 The 2012 South East Grand Final this Sunday 19 August promises to be a great clash with the 2011 premiers Hallam Hawks #1 who are undefeated in 2012 set to take on the much improved St John’s team at Coburg City Oval.

The teams have played each other three times in 2012 with Hallam winning all three games. In the home and away season the Hawks won the Rd 7 encounter by 41 pts with Hawk Rachel Evans kicking 3 goals at Thomas Carroll Reserve. St John’s significantly bridged the gap in the Rd 14 clash but the Hawks again took the points recording a 15 pt win. The teams then met in the semi finals played at Keysborough and the Hawks were far too good recording a 40 point win to advance to their second consecutive Grand Final.

St John’s bounced back from their semi final loss, overcoming a very determined Keysborough side in the Preliminary Final last Sunday at Coburg City Oval to book a spot in their first VWFL Grand Final. The Old Collegians trailed Keysborough by 5 goals at quarter time but they fought hard kicking 5.5 to 0.0 after quarter time to run out 12 point winners over the team that knocked them out of the 2011 finals series.

The scene is set for great clash on Sunday. The Hawks took all before them in 2011, storming home in the last quarter of the Grand Final against Cranbourne to capture their first VWFL flag. The Hawks know what it takes to win the flag while St John’s are in the big dance for the first time.

Players to watch out for include Hallam Hawk’s super boot Elana De Santis. Elana won the South East Division goal kicking award in 2011 with 27 goals and she has backed up again in 2012, kicking 42 in the home & away season. Bronwyn Rogan stands out as one to watch for St John’s having been involved with the VWFL AFL Vic Academy program and representing Vic Metro in 2012.

This is set to be a great game, both teams will be ready to have a red hot go. St John’s has pushed Hallam this year and they’ll need to get off to a good start to give themselves every possible chance against the reigning champs. Good luck to both teams.

WHEN THEY LAST MEET