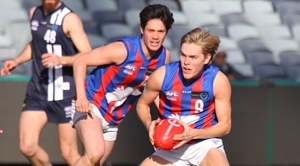 The Oakleigh Chargers got closer than any team to the Geelong Falcons during their current nine-match winning streak, going down by just six points at Simonds Stadium in Round 11.

The Falcons have now defeated six of their seven top-eight rivals and are easily the TAC Cup’s top-ranked team for points scored. But even without eight first-choice players missing to Vic Metro duties at the NAB AFL U18 Championships, the Chargers put the clamps on Geelong with pressure-packed play.

They may have lost the counts for disposals, contested possessions, clearances and inside-50s, but Oakleigh won the tackle count with an impressive 97 and forced the Falcons to handball more than they kicked.

Adam Tomaro and Dion Johnstone led the way with 11 tackles apiece, while William Goss laid 10 and Xavier Jordan and Charlie Thompson had nine. All five players were in the top nine tacklers in the TAC Cup for Round 11.

The Geelong Cats experienced what pure pressure can do when St Kilda upset the premiership favourites in the AFL last week. No matter what ladder position a team is in or what cattle it has on the park, effort without the ball can level any contest up.

In other key stats from Round 11:

7: 16-year-old Jordan Johnston did everything he could for the North Ballarat Rebels in their heart-breaking loss to the Sandringham Dragons. The 182cm forward kicked seven of his team’s 13 goals from 14 disposals and eight marks, including four majors in the first quarter. Teammate Callan Wellings also had a game-high 32 disposals, but their efforts couldn’t bring home the four premiership points.

21: Kade Renooy has been one of the Gippsland Power’s most consistent ball-winners this season, but he probably wouldn’t have predicted his 21 disposals would be a team-high in a 50-point victory over the Western Jets. The Power may only have had 251 disposals against the Jets, but they made them count by booting 18 goals – that’s a major every 13 touches. 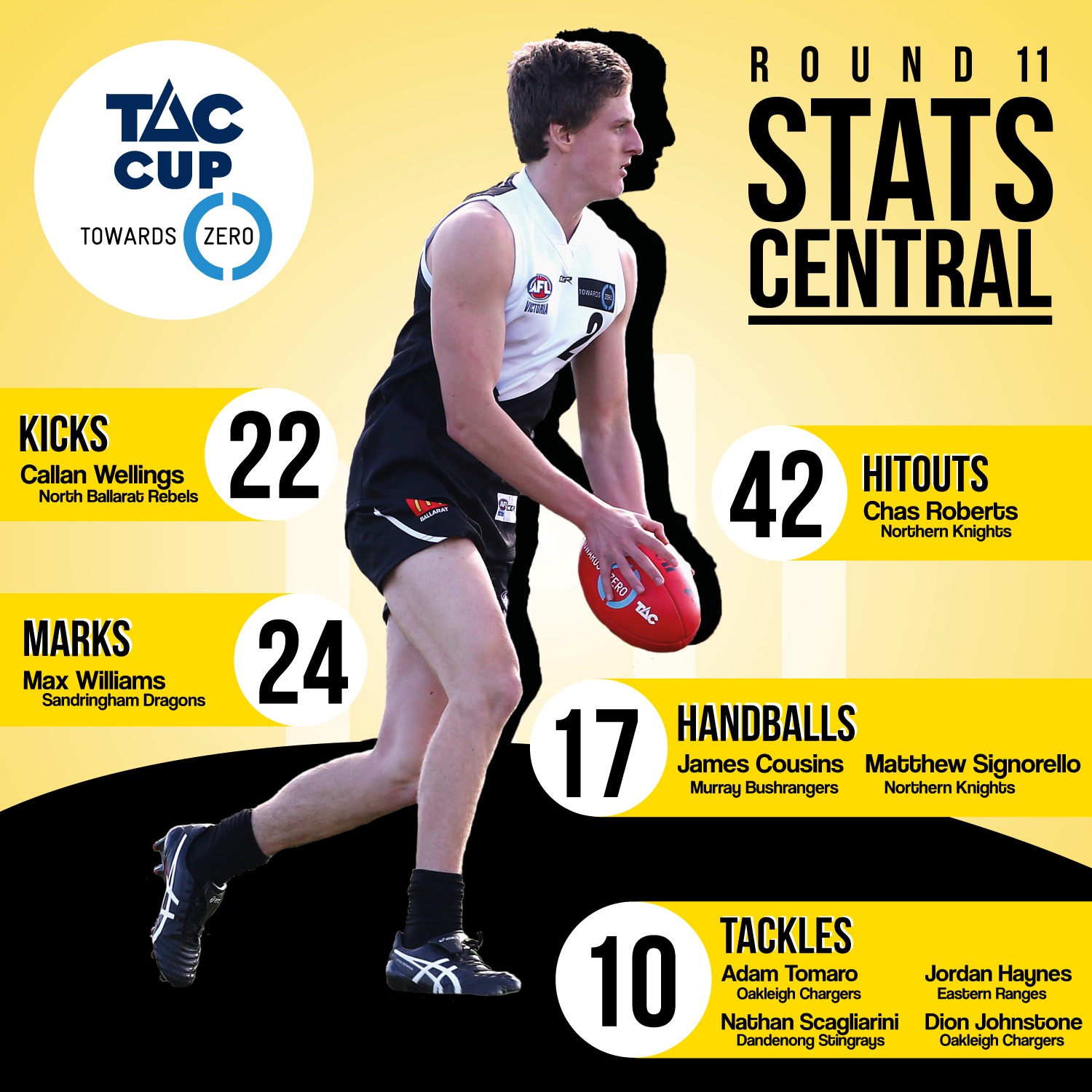