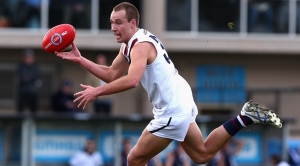 There haven’t been many chances to talk about how a team defeated the Geelong Falcons in 2016, but post-Round 12 is one of those occasions.

Both teams were missing key players due to the NAB AFL U18 Championships finishing the previous Wednesday – and particularly Sandringham, which may go some way to explaining why the second-placed Dragons didn’t have much on their side statistically against the Falcons.

However, they’ll be encouraged to have still finished on top where it counts – the scoreboard. Sandringham may have lost the counts for disposals, marks, contested possessions, clearances, inside-50s and scoring shots, but can thank some special work at both ends for the triumph.

While Geelong was relatively wasteful in front of goal with 9.12, 196cm 17-year-old Hayden McLean was representative of a Dragons team that took its chances when they arose, booting three goals in the crucial third quarter and four for the match.

And if the Falcons didn’t find a target in attack, Sandringham was highly effective at rebounding the ball from its defensive 50. Reuben Hayward (four rebound-50s) and Max Williams (three) were named among Sandringham’s best, and along with Liam Murphy (six rebound-50s), regularly thwarted opposition attacking chains when they earned those precious chances.

In other key stats from Round 12:

28: Jamieson Sheahan wasn’t afraid to use his feet in the Bendigo Pioneers’ loss to the Calder Cannons, recording 28 kicks – six more than any other TAC Cup player in Round 12. The over-ager is the fourth-ranked player in the competition for total kicks in 2016 and his teammates certainly like the ball in his hands, with Sheahan accepting a clear game-high 12 handball-receives last week. 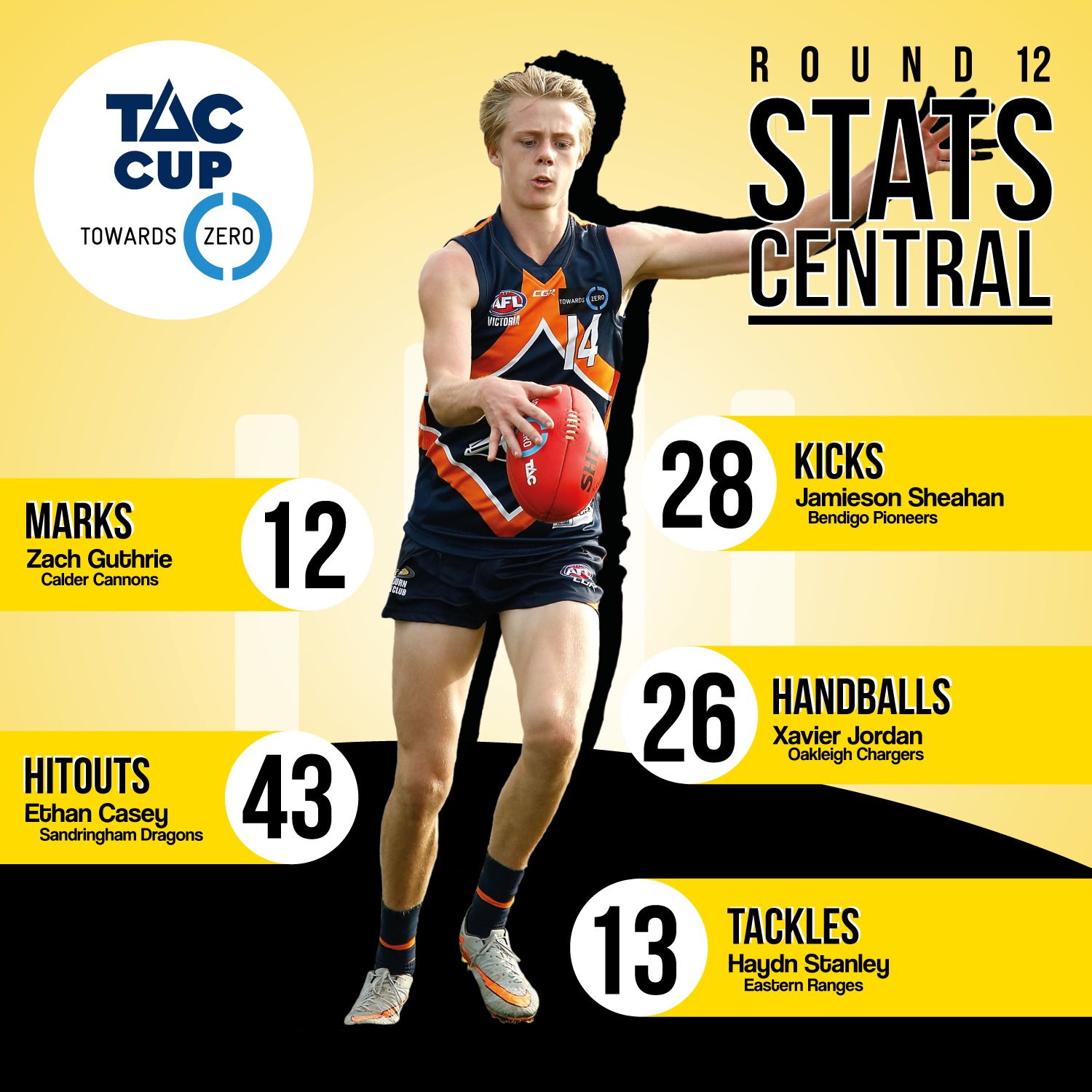