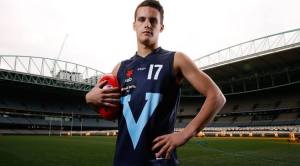 The Metro team has named three changes from the side that was defeated by WA in Round 5 by 18 points, with Fraser Pearce (Oakleigh Chargers), Jordan Gallucci (Eastern Ranges) and Blake Hardwick (Eastern Ranges) added.

In total 35 players will have represented Vic Metro during the Championships, who are supported by Dairy Australia and their Legendairy campaign.

The Vic Metro vs SA game kicks off at 5:05pm today, with NT vs Tasmania as the curtain raiser game. Both games at live on FOX Footy or follow @TACCup for updates on twitter.