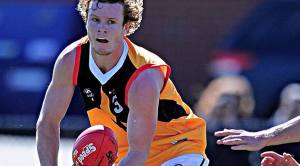 The Rookie Draft was again fruitful for the TAC Cup, with another 15 players selected on AFL lists for 2015.

In total 60 players were drafted from AFL Victoria's TAC Cup competition, producing 54% of the new talent across all three drafts.

Calder Cannons and Sandringham Dragons led the way with 9 draftees in 2014, followed by Oakeligh Chargers with 8, Geelong Falcons with 7, Western Jets with 6, 4 each to Dandenong Stingrays, Murray Bushrangers and Northern Knights, 3 to North Ballarat Rebels and 2 each for Bendigo Pioneers, Eastern Ranges and Gippsland Power.

CLICK HERE to see the list of draftees from the NAB AFL Draft or the rookie selections below.